POETRY: TITILOPE SONUGA AND HER DAGGER OF POETRY 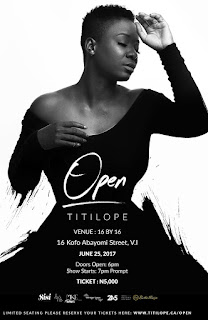 Titilope Sonuga is a prolific writer and spoken word poet, she has graced both local and international stages, in a country where spoken word poetry craft is fast developing and gaining audiences among the elite. Titilope Sonuga has established herself firmly to the root with her spoken word album, Mother Tongue which was released in 2013 followed by her second collection of poetry, Abscess, in 2014. She was the winner of the 2011 Canadian Authors’ Association Emerging Writer Award for her first collection of poems, Down To Earth.  She performed alongside renowned poets Sonia Sanchez, Jayne Cortez, Yusef Komunyakaa and others, at the first spoken word showcase of the Achebe Colloquium on Africa at Brown University. Her poetry also afforded her a meeting with the late poet and activist, Maya Angelou. She was a speaker at Tedx Edmonton in 2014 and the 2015 - 2016 ambassador for Intel's She Will Connect Program across Nigeria. Titilope was the first poet to appear at a Niger
Post a Comment
Read more