ENTERTAINMENT: I THINK I NEED TO HIT THE GYM AND SHED SOME WEIGHT ASAP - CHIKA IKE 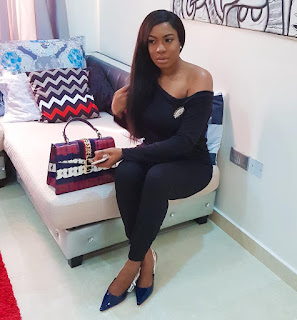 Nollywood actress, Chika Ike, obviously has gained few pounds to the ones she used to have and she is not liking the idea, thou she look beautiful to me and voluptuous but she is contemplating hitting the gym to get rid of some of the flaps. She took to her Instagram page to vent out about her gained weight and how she intend to go about  it. She wrote: -  Oh Lord! My cheeks !!! My collarbone has disappeared!!🙄😱😜. I think I have to hit the gym and shed some weight ASAP.... what do you think ?
Post a Comment
Read more 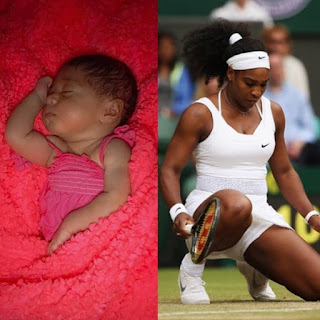 This is so emotional, the open letter Serena Williams wrote her mother and daughter speaks a lot and it came straight from the heart. She took to her fiance's media page, Reddit, to post this heartfelt letter to her mom. Read below. "Dear Mom,   You are one of the strongest women I know. I was looking at my daughter (OMG, yes, I have a daughter 😳) and she has my arms and legs! My exact same strong, muscular, powerful, sensational arms and body. I don't know how I would react if she has to go through what I've gone through since I was a 15 year old and even to this day. I've been called man because I appeared outwardly strong. It has been said that that I use drugs (No, I have always had far too much integrity to behave dishonestly in order to gain an advantage). It has been said I don't belong in Women's sports -- that I belong in Men's -- because I look stronger than many other women do. (No, I just work hard and I was born with this
Post a Comment
Read more

NEWS: A BITTER SISTER CALLS OUT A SLAY QHEEN FOR SLEEPING WITH HER SISTER'S HUSBAND 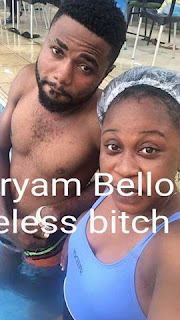 A facebook user with the name, Olatayo Gold took to her social media platform to called out one Maryam Bello, who was reportedly sleeping with her sister's husband and bewitched him to sell his car. Olatayo went further to rain down curses and karma on the slay queen, Maryam Bello for trying to destroy a happy home, below is what she wrote on her Facebook page. “ I don’t know why some girls are stupid and shameless, This unfortunate home destroyer despite you knows that he has a kid and wife your still have gut to be telling his wife that there’s nothing she can do…lemme tell you, u will never enjoy the rest of ur life coz for him to even sold his car bcoz of you I know it’s not ordinary but I know one thing for sure that it can never last and it will surely bounced back on you the useless bitch called MARIAM BELLO your a disgrace to your family and a source of sorrow. ”
Post a Comment
Read more

ENTERTAINMENT: HAPPY BIRTHDAY LINDA IKEJI AND HER REFLECTION BACK IN THE DAYS WHEN SHE EARNED 1K PER DAY 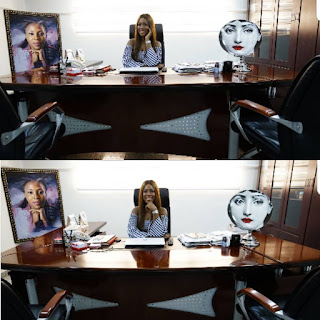 Nigeria famous blogger, Linda Ikeji turned 37 year old today, September 19 and she reflected back to  the days when she sold corona beers to earn 1k per day at the age of 19. Below is what she wrote on her Instagram page. She wrote:- "Birthday girl! 😁. Gosh, I love how far I've come and I'm so excited for the future. I can't wait for you guys to see some of what we're planning for TV in Nigeria and the mega Selfmade programme we are planning soon. I remember selling/promoting Corona beer at Sheraton hotel, Ikeja as a 19 year old girl. Standing from 2pm to 10pm everyday for a month, trying to convince people to buy the beer cos that was how I got a commission. 1k per day...lol. It was so hard back in the day. I hustled so hard. Many didn't see it but The One who mattered the most saw me and when He was ready to bless me, He took my breath away. God has been awesome. I'm not even half way through my journey yet. By the time I'm done, the
Post a Comment
Read more
More posts