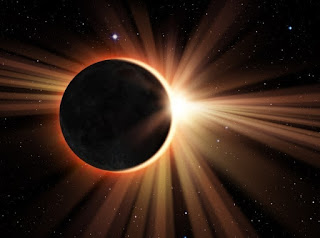 Today is another historic day in US as it witnessed it's first solar eclipse in 99 years, The total eclipse started in Oregon around after 9AM. The total solar eclipse is where the moon completely blocks out the sun throwing the area into total darkness and this was seen across 14 states of the country. The rest of the states will only witness partial solar eclipse where the moon only cover part of the sun. In the state of Oregon, the locales ran out excitedly out of their homes to witness with their eclipse glasses or homemade contraptions in hands to watch the moon fully covers the sun, blotting out all but the halo-like solar corona. More photos after the cut.
Post a Comment
Read more 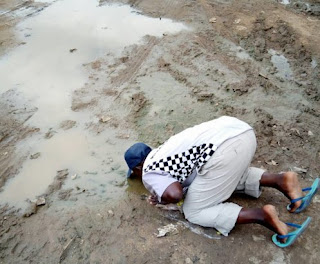 This die hard Buhari's supporters who vowed to drink mud water should President Buahri return to Nigeria from his medical treatment abroad has fulfilled that promise by drinking the said mud water. He wrote this on his facebook wall: - Kyawun Alkawari Cikawa Idan Kanaso Ka Zama Cikakken Mutum Idan Kayi Alkawari Kayi Kokari Ka Cika. Nayi alkawari duk randa Shugaba Buhari ya dawo gida Nigeria daga jinyar da ya tafi Birnin London, zan sha ruwan kwata saboda zunzurutun Farin ciki. Alhamdulillah! Allah ya cika mini gurina ni kuma na sha ruwan kwata. Translation: -  The Full Covenant of the Covenant If You Want to Become Full Member When You Make a Covenant Try To Fill. I promise every day that President Buhari returns to Nigeria from his trip to London, and I will drink water because of the pain of depression. Alhamdulillah! God filled me with my head and drank water. Another photo of Kabir Wusasa.
Post a Comment
Read more 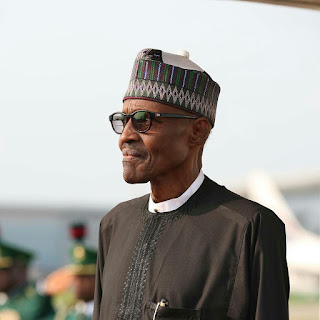 President Muhammad Buhari is back and in control once more, he said on Sunday the unity of Nigeria would not be opened to any negotiation. The president first statement to the country since his return to Nigeria after a 104 days of medication vacation abroad, added that political mischief makers who were fueling ethnic violence will be dealt with accordingly. The president also said he is not against legitimate concerns, noted different groups must air their grievances and work out mode of co-existence. “The National Assembly and the National Council of State are the legitimate and appropriate bodies for national discourse,” he added. Buhari said he had been monitoring development in Nigeria from London, adding that some comments, especially on the social medias crossed the red line by questioning the nation's continued existence. This is obviously coming from the recent quit notice to Igbos in the north by the northern youths, Buhari said “every Nigerian has the right to
Post a Comment
Read more
More posts