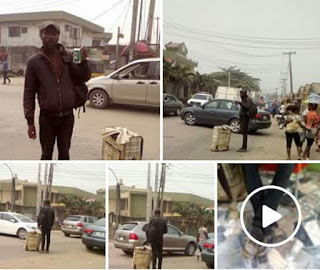 Strangest things are always happening around Christmas holidays and this one might not be the first time it is happening in Nigeria but we still marvel at its occurrence. A Facebook user identified as Anselm Ojietu shared the story of one Chuks Samson from Anambra state who ran mad immediately arriving Nigeria for the Xmas celebration. Read what he wrote below; " He remembered his name as Chuks Samson from Ogidi Town in Anambra State Nigeria. He came to Nigeria on the 5th of Dec.  2017 aboard Emirates Airline from London. His mental health might have  deteriorated less than 24 hours after encountering  the harsh economic reality, people face  everyday. The STRESS  and general WAHALA of Lagos life must have overwhelmed him. Pls SHARE until he gets  a helper."
Post a Comment
Read more 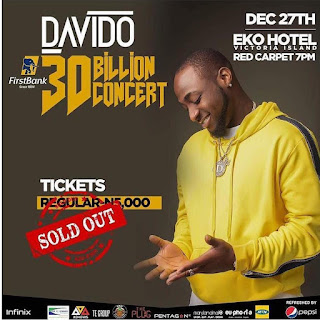 David Adeleke also known as Davido held the much talked about concert #30billionconcert last night at the prestigious Eko hotel and suites. Fans of the artiste went to the venue of the show straddled with high expectations but unfortunately what was served at the event fell short of expectation. Trust Nigerian social media community to take their disappointment and venting to the village of twitter to gawk and rant about their concerns. See below some of the hilarious tweets trending on twitter;
Post a Comment
Read more 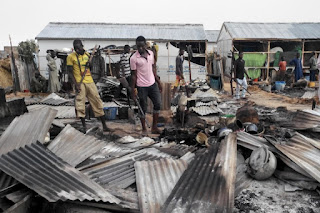 suicide bomber blew himself up Thursday in a crowded market in Borno State, killing six people, security sources said, blaming the attack on the Boko Haram jihadist group. The bomber, who passed himself off as a grain merchant, staged the attack in Amarwa village, about 20 kilometres from Maiduguri, the birthplace of Boko Haram and the capital of Borno. The attack came days after a failed Boko Haram attack on Christmas Day in Maiduguri. “Six people died on the spot from the explosion while 13 others were seriously injured,” Babagana Kolo, a leader of a militia force helping the army in the fight against Boko Haram told AFP. “The injured have been brought to the general hospital here in Maiduguri while the dead have been buried in the village,” he said. Another militia Ibrahim Liman said the bomber went to a provisions shop holding a black plastic bag around 11:30 am (1030 GMT) and asked the shopkeeper if he would buy grains but the shopkeeper said he was not interested.
Post a Comment
Read more

NEWS: A MAN ESCAPED DEATH AS TRUCK RAMMED INTO HIS SHOP 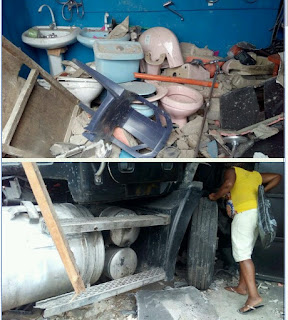 A Facebook user identified as Goodwill Leeleebari Gabriel took to his Facebook timeline yesterday to thank God for saving his life as a truck failed brake and rammed into his shop and destroyed everything in its paths. The horrific incident happened yesterday and he took to his Facebook to share the good news. Read what he wrote below; " Friends and families, well wishers world wide. See what God did for me today. 27/12/2017 Record braking miracle of the year. A truck failed break and ran straight into my shop, crushed everything except me . Please help me thank this Almighty God (Chukwu Okike abiama) may his name be praised for ever in Jesus name." More photos below;
Post a Comment
Read more
More posts