Showing posts from November 7, 2017
Show All

ENTERTAINMENT: 'I AM THE BOSS NOW, SIT AND LEARN' BOBRISKY CLAPPED BACK AT DENRELE 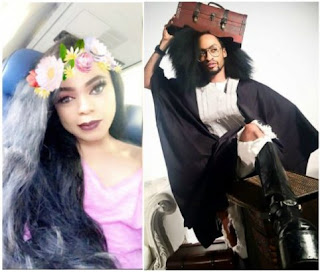 I feel new soup of drama is cooking in the kitchen of these two Nigerian crossdressers, Denrele and Bobrisky. The media personality, Denrele recently replied a follower's tweet who said that Bobrisky has knocked him, Denrele out of prominence and Denrele now replied saying he has been gaming in the media since 1995 and still ruling. Bobrisky who now addressed himself as the new boss Denrele should learn from, said that people has always been jealous of him since his secondary school days...... Read the Snapchat below
Post a Comment
Read more
More posts