ENTERTAINMENT: NIGERIA PATORANKING BECAME THE FIRST AFRICAN ARTISTE TO PERFORM AT THE REGGAE SUMFEST IN JAMAICA

Patrick Nnaemeka Okorie popularly known as Patoranking became the first African act ever to perform in what is known as the biggest reggae music festival in the world. The "God over Everything" crooner shared this wonderful news in his Instagram page and wrote: - ‘#History–> My Kids would be Taught in school How their Father was the first African Artiste to perform on the Biggest Reggae Festival in The world If You Believe it you can achieve it…I pray this Open doors for my fellow colleagues/African Artistes,I may never had come this far if I don’t have doubting Thomas dem/haters but Plz don’t stop Doubting or Hating I Really need More of That, Am already in 2018 and my New video Just Dropped….Welcome to my World….Just Getting Started #Skylevel’
Post a Comment
Read more 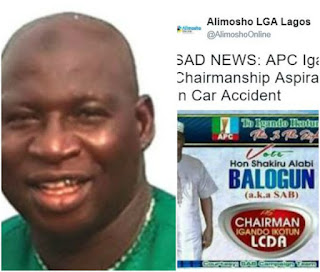 One time APC Chairman aspirant Igando/Ikotun, Comrade Shakiru Balogun died in a ghastly accident involving a LAWMA truck on Friday 21/7/2017. According to report, Balogun who used to be the chairman of the National Union of Local Government Employees (NULGE) Igando-Ikotun Chapter, was the aspirant for Chairmanship position for the area before he lost the primaries but before his he was known for his strong political figure in the area.
Post a Comment
Read more

ENTERTAINMENT: YOUR SPERM WASN'T WORTH MY WOMB - VERA SIDIKA EPIC REPLY TO HER EX 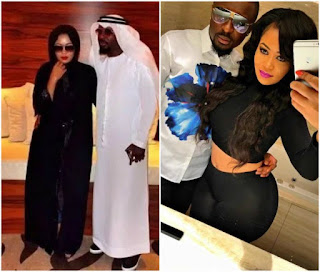 Few days ago when the Kenya socialite, Vera Sidika's ex boyfriend, Oriyomi came for her on social media, baring all dirt on her and accusing her of aborting their baby without his consent, seem like Vera was keeping her calm and waiting to launch this epic reply. Vera has replied the messy details her Nigeria ex shared on a recent interview, she replied saying, Oriyomi's sperm wasn't worth her womb, as she also called him a fuckboy, woman beater and a manipulator. She went further to accuse him using juju to charm women to fall in love with him then dump them after using them for fraudulent activities. Here is what she post.
Post a Comment
Read more

NEWS: GOVERNOR AMBODE WAS SEEN ON QUEUE IN EPE AS HE WAIT TO CAST HIS VOTE 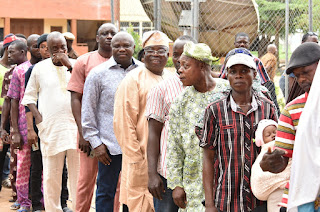 The executive governor of Lagos state, Akinwunmi Ambode, was seen today on queue in during the local government election at ward A6, polling unit 010 in Ogunmedede Junior Secondary school, Epe, as he await his turn to cast his vote. More photos after the cut.
Post a Comment
Read more

NEWS: NIGERIA YOUTH ORGANIZATION HAS THREATEN A MASS ACTION WITH LAWMAKER OVER EXCLUSION OF #NotTooYoungToRun BILL 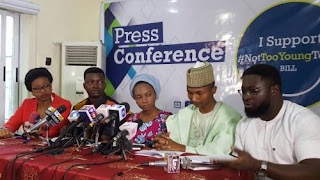 The Nigeria Youth Organization across the country has given 48 hours to the leadership of the National Assembly to include the #NotTooYoungToRun Bill in the report of the ongoing of the constitutional review or face mass action. The demand of the Youth Organization was contained in a statement signed by 53 youth organizations across the country. Representative of the groups held a press conference in Abuja where Several members of the #NOTTOOYOUNGTORUN coalition were at the press conference. Speaking on behalf of the group, Maryam Laishi said that the youths across the country would commence picketing of the National Assembly and embark on a series of other mass actions against legislature if the leadership of the constitution review committees failed to give an account within 48 hours of the #NOTTOOYOUNGTORUN bill. Ms. Laishi noted that there were indications that the joint committee of the Senate and House of Representatives constitution review committee had excluded th
Post a Comment
Read more 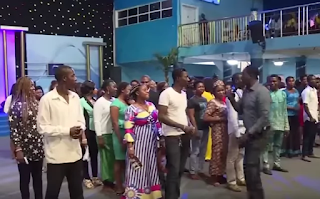 A man of God in Delta state by the name, Prophet Jeremiah Fufeyin, of the Christ Mercyland Deliverance Ministry, caused an uproar in the church on Friday after a video of him appeared online asking women in the church auditorium to move around and pick their husband during service. The clip was 9:42 minutes long, Fufeyin was seen in the video ordering the woman in the church to move toward him at the front before asking her to pick her husband. When the woman responded saying she was not  yet married, Fufeyin giggled and asked when she intend to get married, the woman without hesitation answered she wish to marry by the end of that day, then Fufeyin asked her to go round the auditorium and pick her husband from the crowd. The fair skin complexioned lady wearing a blue native attire, went round different section of the crowded church while the Prophet followed closely behind her. After insisting that  she didn't see any man that appeal to her, the Prophet now asked the single me
Post a Comment
Read more
More posts