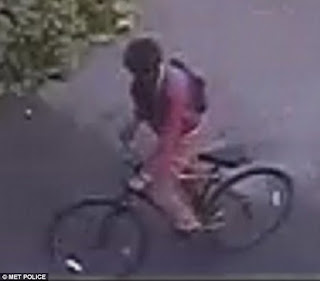 On the 4th of September between the hour of 9 am and 1 pm, a 14 year old schoolgirl was raped in broad daylight in a park. The schoolgirl was assaulted by a man in a secluded area in Avery Hill in South East London and till now no arrests have been made. The Metropolitan Police's Child Abuse and Sexual Offenses Command are still looking for the attacker while the victim is currently being supported by specialist officers. The Metropolitan police have released CCTV images of the suspect in attempt to gather information about the attack, the police were able to describe the man as a black man believe to be in his mid 20s, has slim figure and a short black hair.  He was last seen wearing sand-coloured combat trousers, dark blue shoes, and sun glasses with black round lenses and carrying a grey drawstring bag.  DC Mark Azariah from the Child Abuse and Sexual Offences Command said:-  "This was a horrendous attack on a vulnerable girl in the middle of the day. If you
1 comment
Read more

NEWS: ANYBODY FOUND WITH BIAFRA FLAG WILL BE ARRESTED - ABIA POLICE COMMISSIONER 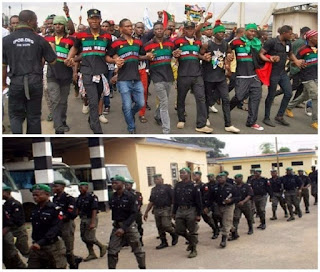 The series of unrests and riots happening recent time in the south east has caused the new Abia state commissioner of police, Anthony Ogbizi, to warn that anybody found with the Biafra flag will be arrested and charged to court. Speaking while parading the seven suspected IPOB members, the commissioner said that the recent declaration of the IPOB as terrorist group and proscription of the organization by the governors of the south east automatically makes it illegal for anyone to operate under the group or adorn Biafra flag or emblem. The CP said: “Nnamdi Kanu and his brother, engages in photo-shopping. They thrive through propaganda. They say IPOB is an armless group doing protests, but you have seen it yourself that the group is violent. They set bonfires on the road and attack with offensive weapons. IPOB destroyed the Ariaria Police, they were armed with petrol bombs which they used to destroy Police and exhibit vehicles. They also carted three pump action rifles and
Post a Comment
Read more
More posts