Showing posts from December 7, 2017
Show All

ENTERTAINMENT: CHECK OUT THESE BEAUTIFUL PHOTOS OF MAIRAMA INDIMI AND HER GROOM 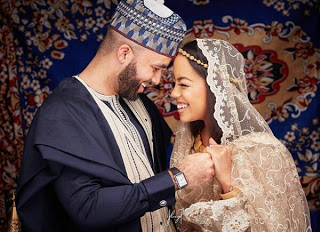 The most stunning element in this photo is the joy and love in their expression, love is sure a beautiful thing. See more photos below;
Post a Comment
Read more 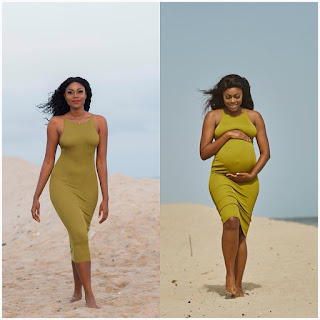 The beautiful actress, Yvonne Nelson who is glowing with the joy of soon becoming a mother decided to recreate a photo memory. She went to the same spot she took the photo on the left and recreate it with the same dress she wore that same day but the only difference this time is the baby bump. Happy Yvonne Nelson posted the photo on her IG page and captioned it "went to the same spot for this shot"
Post a Comment
Read more

NEWS: MARYAM SANDA WHO STABBED HUSBAND TO DEATH IN ABUJA, APPEARS IN COURT 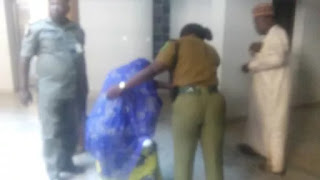 The case of Maryam Sanda who stabbed husband, Bilyaminu Bello, son of ex PDP chairman, Haliru Bello, to death in their Abuja home in November, commences in high court Jabi, Abuja today December 7. Maryam is being tried for homicide. At the court, the police have amended her charges to include three more people, this include, her mother, Maimuna Sanda, her brother, Aliyu Sanda and one other person as co-defendant. The co-defendants has been accused with tampering with evidences that will be used in the case. After receiving the charges, justice Yusuf Haliru ordered Maryam Sanda be returned to the Suleja prison after her bail application was turned down. The case has been adjourned till December 14 2017 and the three person accused of tampering with evidences will be arraigned too
Post a Comment
Read more

NEWS: MAN JUMPED TO HIS DEATH AT LAGOS COURT BECAUSE OF 40K DEBT HE OWED 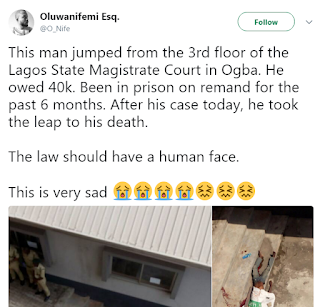 A case court turned bizarre yesterday at the Lagos magistrate court when a man suddenly jumped to his death due to N40,000 debt he owed someone. The man is yet to be identified. According to report, the man was arrested after his creditor filed a complaint against him at the police station. He had been in prison for the past six months because he failed to pay his debt. His case was arraigned in court yesterday. He was obviously fed up with his situation, he later jumped to his death after his case was heard. A twitter user @O_Nife shared the story.
Post a Comment
Read more
More posts