NEWS: NIGERIAN POLICE HAVE INVITED DAVIDO AND OTHERS FOR QUESTIONING OVER THE CONTROVERSIAL DEATH OF TAGBO 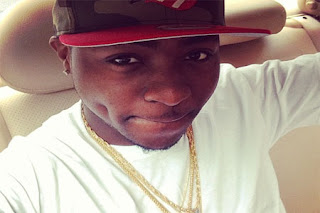 Lagos State Police Command have commenced thorough investigations to unravel the mysterious and controversial circumstances surrounding the death of Tagbo, a friend of Nigerian popular entertainer, David Adeleke popularly knows as Davido. The Lagos State Police Command said it was awaiting the result of autopsy on the deceased to ascertain the cause of death which will give them leads in the investigations. The acting commissioner of police in the state, Edgar Inohimi said on Thursday that  he had met with Davido and others involved in the case, Tagbo who reportedly died on the eve of his birthday on Tuesday at a bar in Lekki area of Lagos state. Nollywood actress, Caroline Danjuma who pointed accusing fingers at Davido and his crew of dumping Tagbo's body at The General Hospital Lagos after he allegedly died in David's car  through a post on Instagram.   The actress alleged in the post, which she later deleted, that Davido and his crew fled after depositing the corpse.
Post a Comment
Read more

NEWS: NNAMDI KANU HAS NO MEANS OF LIVELIHOOD - NIGERIAN ARMY 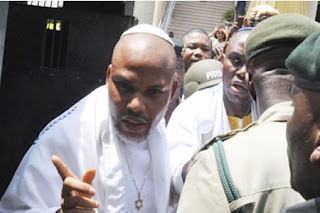 The ever relentless leader of Indigenous People Of Biafra (IPOB), Nnamdi Kanu, who fled the country some weeks ago after the Federal Government declared the IPOB group terrorists, is man with no means of livelihood but used propaganda to make people believe in him says the Nigerian Army. Brig. Sani  Usman, the Director, Army Public Relation Officer stated this in Abuja while attending a two day media conference on the military's enhancement of human rights. The army spokesperson who emphasized on a army-media relationship towards enhancing national securities, said those people following the IPOB leader were in one-chance vehicle. Usman said  “There was an allegation that somebody (Kanu) went into hiding. Now, I can’t remember the day but in an interview on Channels TV, one of Nnamdi Kanu’s younger brothers said that he was in hiding and he knew where he was. “And one lawyer came up that he has taken the Chief of Army Staff to court. Now, who gave you the brief? You said yo
Post a Comment
Read more
More posts