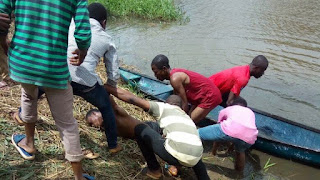 Two students of Federal University of Technology Akure drowned on Saturday at the institution's laboratory for fisheries and aquaculture,  after the canoe they were in capsized while taking selfie. The students names were identified as Olabiyi Emmanuel, a 300-level student of the department agriculture and environmental engineering and Olokun Babatunde Alex 300-level students of the department of project management technology. Read More
Post a Comment
Read more 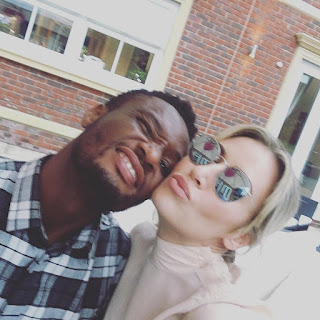 Nigeria footballer, Mikel Obi's girlfriend, Olga Allegra came for a Nigerian man who accused her of belittling her her boyfriend, Mikel Obi. Olga shared a throwback picture of her having dinner with her family and the Nigeria man who felt the footballer, Mikel Obi has be rendered low and belittled by her decided to troll. Read More
Post a Comment
Read more

ENTERTAINMENT: KIM K IS NOT HAPPY WITH JAY Z DISSING KANYE WEST IN HIS NEW ALBUM, 4:44 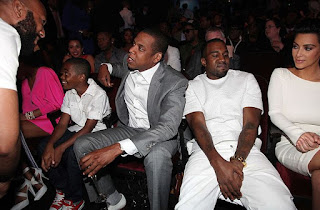 Jay Z might not have dissed Kim Kardashian in his new album 4:44 but it is believe that there were some hash references shot at Kanye West and Kim West is not happy about this. In the album, the track 'kill Jay Z' contains some subliminal attack at Kanye though names were not mentioned but writing between the lines one can decode the lines were about Kim'a husband, Kanye West. Here is the lyrics to the track 'kill Jay Z' below. "I know people backstab you, I felt that too/But this 'fuck everybody attitude' ain’t natural/But you ain’t the same, this ain’t Kumba ‘Ye/But you got hurt because you did cool by 'Ye​/You give him $20 million without blinking/He gave you 20 minutes on stage, fuck what was he thinking?/'Fuck wrong with everybody?’ is what you saying/But if everyone is crazy, you’re the one that’s insane" What do you think guys? Read more
Post a Comment
Read more
More posts