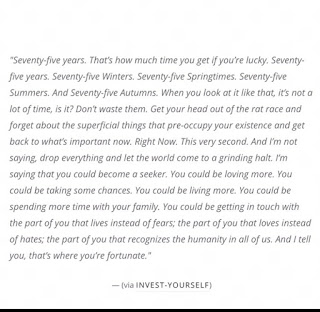 I came across this on the twitter page of the music group, Chainsmokers, with caption "Read this and have a good weekend"  and i was just inspired i had to post this.
1 comment
Read more 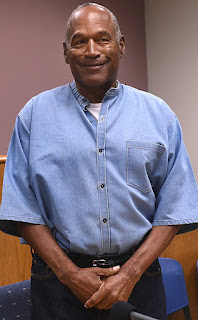 Remember O J Simpson's trial of 1995, where he was accused and later acquitted of the murder of his wife, Nicole Brown Simpson and her friend, Ron Goldman, in what was dubbed as "Trial of the century"? Well, in 2007 O J Simpson was arrested again for a robbery and was jailed for 9 years. The 70 years old former NFL player on Thursday was granted parole after serving nine years jail term for botched robbery and he is set to be free as early as October. He told the parole board his wish to spend as much time with his children and friends after his release. Two of his friends Tom Scotto and Henry Johnson talked to Good Morning America on Friday about his life after jail and all the places he will likely visit after his release. OJ has also made plans to visit the graves of loved ones he lost while in jail and also to visit Nicole's grave. Read more.
Post a Comment
Read more

ENTERTAINMENT: JOHN DUMELO ADVISED MEN - DON'T EVER MARRY A WOMAN RICHER THAN YOU 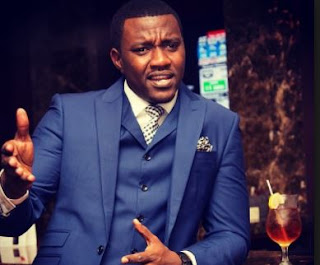 The Ghanian actor and farmer, John Dumelo, has given a his wisdom on why men should not marry women who are richer than them. The tall dark skinned actor revealed this on GTV programmed topic "What men like" and the center of the conversation was whether men would love to date women who are financially more successful than them. The actor went ahead to described the kind of woman he will prefer to date. According to the actor 'fortunately or unfortunately, when a woman has a lot of money, they tend to be somehow disrespectful.' Read more
Post a Comment
Read more 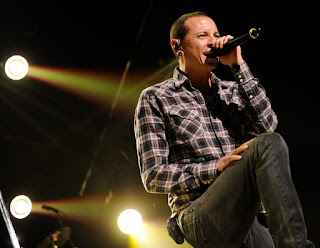 The unfortunate death of the Linkin Park frontman, Chester Bennington has left everyone in the entertainment industry agape. Chester said in his final interview two months before his apparent suicide that he would "fight" his depression rather than "give up" but that was two months ago and now he is gone. The singer who reported to have hanged himself in his Los Angeles home on Thursday told music reporter, Will Lavine, why he wanted to put the tough times of his life behind and move on. "I came to a point in my life where I was like, 'I can either just give up and f---ing die or I can f---ing fight for what I want.' And I chose to fight for what I wanted," Bennington said in the interview obtained by The Mirror. "I wanted to have good relationships. I wanted to love the people in my life. I wanted to enjoy my job." Read more
Post a Comment
Read more

NEWS: GHASTLY DEATH OF 6 YEAR OLD PUPIL AFTER FALLING THROUGH A HOLE FROM A SCHOOL BUS 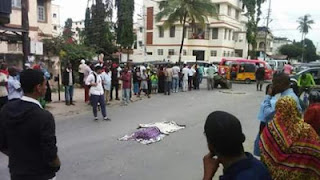 Police are currently investigating a case of a 6 year old kindergarten pupil who was crushed to death this morning in Mombasa Kenya after falling through a hole of the school bus. According to the report of the coast traffic boss, Emmanuel Okanda, the child fell to the ground from the moving bus and was rolled over. It was also reported that the child was trying to save his water bottle which fell through the gap of the rusted bus. More photos after the cut. Read More
Post a Comment
Read more 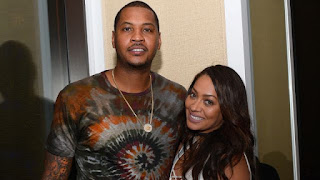 La la Anthony opened up about her steamy sex scene in Power, The 38 years old actress revealed this on Wednesday when she appeared on Power 105.1 FM's The Breakfast Club. She opened up about filming the role and how she initially told her estranged husband, Carmelo Anthony about it. La la separated from the NBA star in April. "Well, let's start with the sex scene. That was done eight months ago," she explains. "So, when it was going on, you sit down, have a discussion with the person you're with and say, 'Hey, this is what's coming up in the script. I want to make sure you're comfortable with it. I want it to be done as tastefully as I can.'" Though she says she is not divorcing Carmelo Anthony. Read more
Post a Comment
Read more
More posts