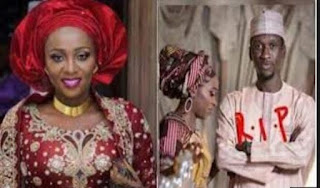 The case of Maryam Sands who murdered her husband, Bilyanu Bello by stabbing him to death has taken a new turn as the Nigeria Police Force on Thursday 14/12.2017 arraigned Maryam Sands, her mother, Maimuna Aliyu; her brother, Aliyu Sands; and a fourth defendant, Sadiya Aminu for the alleged murder of Bilyanu Bello. Maryam Sanda is the daughter in-law of a former PDP Chairman, Mohammed Bello. Mrs Sands was accused of killing her husband, Bilyanu Bello over allegation of infidelity. Before the unfortunate incident in November, they have been married for two years. Mrs Sanda's mother, Maimuna, who is also facing a separate charge of fraud, was on Thursday arraigned with her daughter along side two others. Reports PremiumTimes. The new charges against the accused defemdants are culpable homicide and obstruction of justice. Maryam Sanda who was covered in blue veil lowered her head as the charges was being read in court.
Post a Comment
Read more 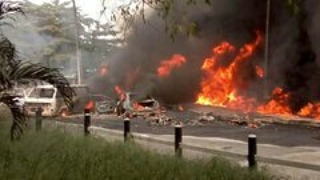 It was a ghastly accident yesterday in FESTAC town area of Omowo Odofin Local government as a tanker laden with fuel fell and went up in flame burning no more than 20 vehicles both nearby and the ones in an automobile shop and other commercial properties. The said fire started around noon and went on for over an hour. The Lagos state fire service arrived the scene 30minutes later but they were having short supply of water to contain the inferno. One witness identified as Mr Olufemi Popoola told the News Agency of Nigeria that the tanker, coming from Apple junction and going to FESTAC town was ascending the bridge but suddenly rolled back and fell. The impact of the fall separated the tank from the  truck's body resulting in an explosion. According to Popoola, he said, some residents and passers-by attacked the fire with bucket of water but to no avail. Popoola who lives in FESTAC, said the fire from the tanker spilled over to nearby vehicles, forcing their occupants to run
Post a Comment
Read more

NEWS: TRANSGENDER MAN GIVES BIRTH TO A HEALTHY BABY FIVE YEARS AFTER HAVING HIS FIRST CHILD AS A WOMAN 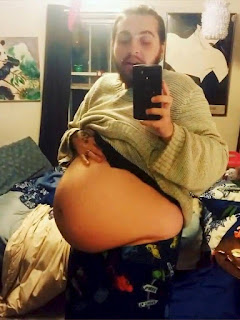 Kaci Sullivan from Wisconsin, USA is believed to be the first human being in the world to give birth living as both a woman and a man. The transgender man gives birth to a healthy baby girl five years after having his first child while living as a woman. Sullivan who already has a five year old son, Grayson, with his ex husband. The son, Grayson, was born when Sullivan was still living as a woman before transitioning. Now Sullivan has given birth to his new baby, phoenix, a healthy child weighing 8Ibs 90z, Sullivan underwent a C-session after 7 days in labour. Phoenix was conceived with Sullivan's partner, Steven, 27, after Sullivan took a break from male hormones. The birth happens four years after Sullivan took a break from male hormones. The couple have decided not to reveals Phoenix's sex until she is old enough to decide her sexuality herself. Choosing to raise her as gender neutral for now. Sullivan said that it was not easy being pregnant as a transgender man
Post a Comment
Read more 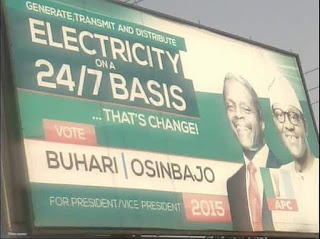 Former media aid of Goodluck Jonathan, Reno Omokri took his time and interpreted the 2015 billboard campaign promise made by Buhari and his vice President, Yemi Osibanjo. Read what he wrote below; "Nigerians misunderstood this promise. What Buhari and the APC meant is that we would have darkness that not be interrupted by occasional burst of electric power." "I don't understand why Nigerians are complaining that they can now only afford to eat once a day, is that not what Buhari and APC promised you? They felt the 3 square meals you eating daily under PDP had to change."
Post a Comment
Read more
More posts