ENTERTAINMENT: D BANJ SAYS A LITTLE PRAYER FOR ALL HIS FANS AND A HINT OF SHADE TO DADDYFREEZE 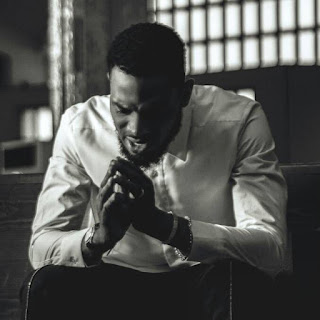 The koko master, D'Banj earlier today posted two controversial photos on his instagram page, in the first photo he was in what looks like deep praying mood with a caption  "Dear Readers......this week, that which you have been yearning for all year long, would be yours! Say Amen!  In the second photo he was in much calmer mood but also in prayer and he caption it "It PAYS to Pay tithe"  Now, we all  know about the famous cool FM OAP, Daddyfreeze who is the leader of the #freenation and #FreeTheSheepl movement and his stand on paying tithe. But what we don't know yet is, was Koko master quietly shading Oga Dadddyfreeze or was it just a slip of tongue from Oga Koko master? However it turns out, we are waiting to hear what Daddyfreeze has to say about this indirect shade from D'Banj. See both photo with their caption below;
Post a Comment
Read more 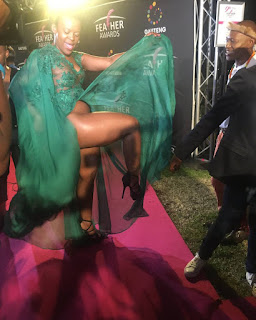 South African socialite and provocative dancer, Zodwa Wabantu had all the paparazzi's cameras flashing at her honey pot at the recent 2017 feathers Awards. Zodwa Wabantu came to the awards night donned in emerald lace gown with hip high slit that left very little or nothing to the imagination. She said " The design was sent to me by DJ Tira, to me the green colour represents female power and since I am nominated  for drama queen of the year, maybe I will cause some drama tonight. But I want to win both the categories" At the end her prediction came true, Zodwan Wabantu won the category, Drama Queen of the year over raunchy  socialite, Skolopad. See more of photos below;
Post a Comment
Read more
More posts