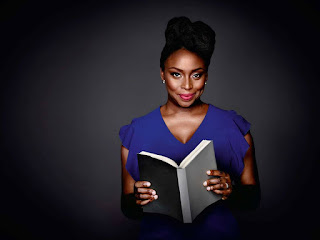 I am going to take the liberty to express my profound love and admiration for this beautiful, strong and talented woman who has put Nigeria and Africa as whole in the global topmost literature niche. For those that are close to yours truly, knows of my crush for Chimamanda Ngozie Adichie since the very first first day i laid my hands on her first book, PURPLE HIBISCUS, it has been a love affair all the way. Even thou the relationship has been one sided and am sure she certainly knows nothing whatsoever about your truly but hey, my love and admiration has not dim for a second till this day of AMERICANAH AND DEAR IJEAWELE. This love that has metamorphosed through Purple Hibiscus to Half Of A Yellow Sun to The Things Around Your Neck to Americanah to Dear Ijeawele has brought me to this point in my life where literature is not just a distance and mysterious figure in foreign lands and characters anymore. It is now something that i can exist in and other people like me and this is be
Post a Comment
Read more

NEWS: GULLY EROSION HAS DAMAGED ABOUT 10 HOUSE IN CALABAR MUNICIPAL 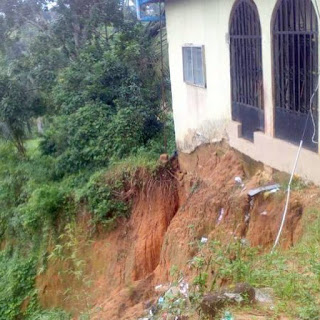 The state of gully erosion that has ravage three community in the Calabar Municipal Council area of Cross River state is becoming alarming. This has render over 20 people homeless and more properties are still under threat. Nyaghasang, the community that recently lost about eight people in the Calabar electrocution tragedy, has lost more houses to the gully erosion. Other villages affected are Etim Usang, Nsaha Effiom and Nyomidibi. The major road that connects these communities to other parts of the state capital, Nsasha Effiom Lane A, B and C, have also been affected thereby making it difficult for residents to access the main Calabar town. One photo after the cut.
Post a Comment
Read more
More posts