ENTERTAINMENT: THE GLITZ AND GLAMOUR AT THE #GOOGLEFORNIGERIA ART EVENT 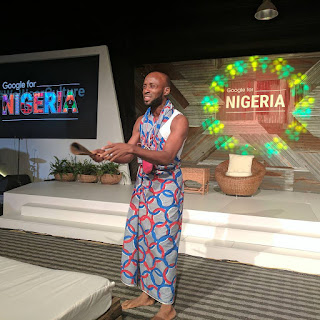 Were you at the #googlefornigeria event? if your answer is no, then no worries, here are some photos for your relief.
Post a Comment
Read more

NEWS: PHOTO OF 3 WOMEN WHO RAPED A PASTOR, THEY ONLY WANTED TO SEE IF HE IS IMMUNE TO SEX 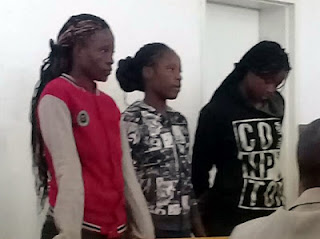 The Western Commonage magistrate Mr Lungile Ncube has presided over the case of three young ladies who  allegedly raped a pastor at a local church in Bulawayo, Zimbabwe. The 3 young suspects, Mongiwe Mpofu, 25, Sandra Ncube,21, and Riamuhetsi Mlauzi, 23, who reside in the same compound  in Cowdray Park suburb, were charged with aggravated indecent assault. They are presently in custody till August 7 for continuation of trial. Mr Petros Shoko, the prosecuting lawyer, said that, the complainant had gone to the women?s residence to demand money from Mlauzi sometime last week. Around 7PM of July 14, 2017, the complainant had gone the accused persons residence to collect his money from  Riamuhetsi Mlauzi which she owed him. Said the Prosecutor, the complainant was ushered into the house before Ncube held him by the waist and fondled his private parts. They forced him down on the bed and undressed him,  Ncube sat on his chest and he tried to push her away. However, Mlauzi, who wa
2 comments
Read more

ENTERTAINMENT: GAME OF THRONES IS MAKING SOME SERIOUS NEW ALLIANCES 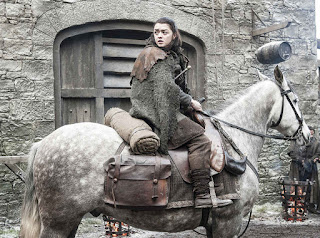 I am definitely the biggest fan of Game of Thrones and many events in the HBO series are putting laughter in my belly at the moment. First is Missandei and Greyworm, the most romantic speech in the show so far, is when Missandei went to visit Greyworm before the Unsullied sail for Casterly Rock and him admitting to her that, she was his weakness, he had no fears before he met her. Then Missandei ditching her and clothes and helping Greyworm ditching his clothes and shit went down. Two was Arya, when she heard from Hotpie that, her family are finally back at winterfell, she headed home but later found herself surrounded by pack of wolves, surprisely, the biggest of the wolves turned out to be Nymeria, which we thought was dead in the season 1. But she didn't quite recognize Arya and walked away when Arya asked her to come with her to winterfell. Read more. More photos after the cut.
Post a Comment
Read more
More posts