A fatal accident of bus conveying 27 Rivers State athletes rammed into a stationary truck along Emohua last night as they were returning from the just concluded sports festival in Ilorin, Kwara state. One of the injured victim, Bright Emmanuel, a cyclist who won one of the two gold medals the state hauled at the event , stated that it was case of over speeding as the bus rammed into a stationary truck parked along the road. Being that they were in a convoy, a second bus also rammed into the first one that rammed into the trailer. Several athletes got injured including Sgt Momoh Rahim, team Rivers security personnel, whose left leg could be amputated.
Post a Comment
Read more

ENTERTAINMENT: STUNNING SELFIE PHOTO OF TOP 4 MBGN WITH LINDA IKEJI IN HER OFFICE 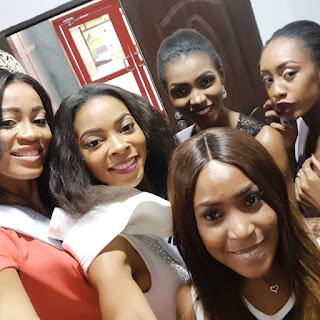 The lucky ladies who won the top 4 position of the recently concluded Most Beautiful Girl Nigeria (MBGN) paid Linda Ikeji a visit today at her lekki office and she has to take a selfie with them. She captioned it: - So Most Beautiful Girl in Nigeria 2017 top 4 came by the office today. Had to take a selfie. Stunning ladies. 😊
Post a Comment
Read more 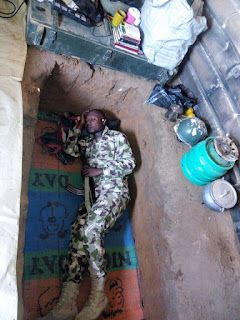 This Nigerian soldier with the name Charles Sea, shared this heartfelt photos of the grave where he sleeps and basically carry out his daily activities as the fight against Boko Haram continues. More photos after the cut. He wrote:-  “Happy Sunday friends and my dear good people of God, thank God I made it today again in land of the living, from this grave I woke every morning to carry out my daily duty”. May God bless all our soldiers.”
Post a Comment
Read more 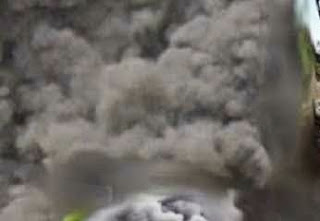 According to report, about 15 people died from the suicide bomb attack that happened this morning in Konduga community area of Borno state. The victims were queuing up to get aid when the bombers struck. “There were twin suicide explosions at 11:10 am (1010 GMT) in Mashalari village (near Konduga), which killed 15 and left 43 others injured,” a rescue worker said The body of the victims has been taken to the morgue while the injured were taken to the hospital for treatment.
Post a Comment
Read more 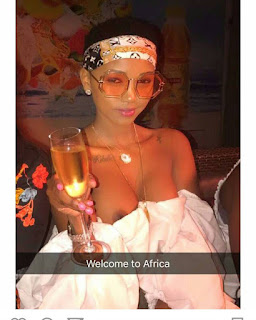 Former Big Brother Africa and Kenyan socialite, Huddah Monroe gave quite a bit of herself with the flashing of her nipple while clubbing over the weekend. And she titled the epic photo: - “ Oops!Welcome to Africa! Cheers to Africa! Back to our Roots! #STARGAL #MamaAfrica”
Post a Comment
Read more

NEWS: A MAN PROTESTED IN HIS UNDERWEAR OUTSIDE COURT HOUSE UNTILL HE GOT HIS WEED BACK 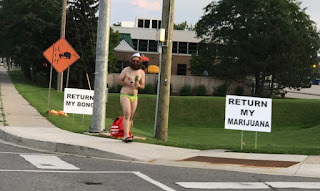 A man from southern Ontario is resorting to some partial nudity to get his bong and medical marijuana back from local police. Wearing nothing but socks, running shoes and a pair of brightly coloured briefs, 31-year-old Jeffrey Shaver has been sporadically protesting outside the Kitchener, Ont., courthouse and various police stations in the region for two weeks while smoking a bong. Beside the Cambridge, Ont., man are usually two signs, reading "Return My Bong" and "Return My Marijuana." Shaver said he is a registered medical marijuana user but was arrested by Waterloo regional police in October for possession of marijuana. "The police aren't really familiar with the law, but they are charging you under it anyway," Shaver said, adding that police seized about two grams of pot and a bong from him. Shaver — who said he smokes pot to treat anxiety, depression and back pain — said initially he started smoking a bong, w
Post a Comment
Read more 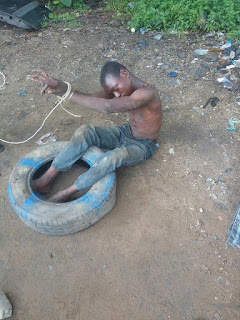 This young man was mercifully saved by a good Samaritan yesterday from being burnt to death in Akwa Ibom state after some area boys caught him stealing car batteries, he was already doused with petrol and ready to be lit when the Facebook user with the name Felix 'Umache' Ekpoudom who shared the photos on his wall stepped in and saved the poor. Caption: "-#AbortedJungleJustice ... I just save life this #ForgivingSunday Morning... This young boy was caught by area boys stealing car batteries and other items in a mechanic workshop, they tighten the boy like he-goat pour petrol on him, about to set fire on him to burn to ashes... As God may have it I stepped into the scene, introduced myself and ordered all of them to stand down their actions else everybody will go in for it.... Though wasn't easy for them to obey me, I immediately call Police for backup, to also take away the boy for proper investigations.... God Forgiving N Merciful..Thank n Glorify H
Post a Comment
Read more

NEWS: A JEALOUS HOUSEWIFE NOW IN POLICE CUSTODY AFTER THROWING STEP DAUGHTERS INTO A WELL IN NASARAWA STATE 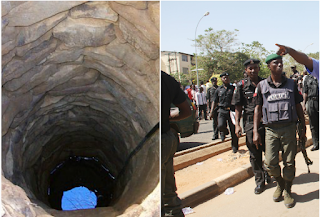 Aisha Isah, a 20 year old housewife from Kokona Local Government area of Nasarawa state has been arrested and now in police custody for throwing two of her step daughters into a well after a brief disagreement with the mother of the girls. The Public Relation Officer of the Nasarawa state command, DSP Kennedy Idirisu said the step daughters, Zainab, 4, and Baaba, 2 were said to have been allegedly thrown into the well following a disagreement with the children’s mother. The DSP also went further to state that the suspect was arrested in in Yelwan-Bassa village in Kokona Local Government Area following a report of the incident. DailyPost. Aisha Isah, the suspect has confessed to the crime and also expressed remorse over her action. According to report gathered, Aisha who is the second wife of Alhaji Isah, was always in dispute with the first wife, Maimunna, and all efforts by the husband of both women to settle their endless beef proved abortive. The PPRO said that Aisha Isa
Post a Comment
Read more

NEWS: PRESIDENT BUHARI IN NEW YORK FOR THE 72ND AND SESSION OF THE UNITED NATION S GENERAL ASSEMBLY 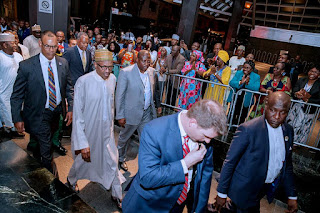 President Buhari arrives New York for 72nd session of the United Nations General Assembly.17th September, 2017. Seems like the President is back on his feet and in action once again, all the best Presido.
Post a Comment
Read more
More posts