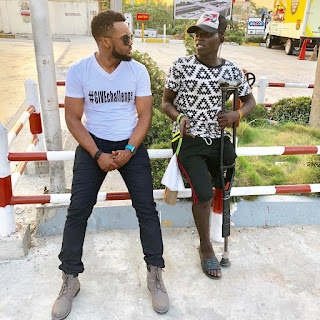 Since the initiative of the Tithe Against Poverty challenge kicked started by Cool FM OAP, Daddyfreeze, we have seen frequent flow of Nigerian celebrities reaching out to help the underprivileged in the society. William Uchemba, actor and singer came up with his own challenge and tagged it the #givechallenge. This challenge has seen the actor on different locations in Lagos giving monetary help to women and small scale traders in the slum areas. Today, Uchemba meets with one legged man, Yakubu who wanted to go into trading but was worried about the cost of shop rent and government task force, he says these two elements frustrates such business and instead will prefer to start a tricycle business popularly known as 'Keke Napepe' because he can operate it with one leg and the business is lucrative and leg risky. Uchemba, under the #givechallenge umbrella has promised to help Yakubu fulfill his keke napep dream by buying him a brand new tricycle to start his life with. Re
Post a Comment
Read more

EVENT: SEAN COMBS DIDDY CELEBRATES HIS MOM ON IG AS SHE TURNS A YEAR OLDER TODAY 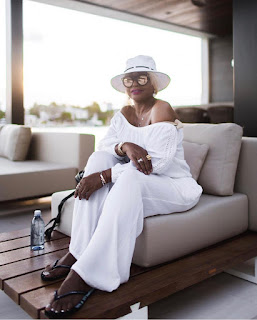 As a writer once said "The home of every child is in the heart of their mother.' Sean John Combs aka Diddy took to his Instagram page today to celebrate the love of his life, his mother, Janice Combs fondly called, Mama combs by her son. He shared this photo on his Instagram page with a loving message. Read message below; " Ain't nobody like my mama! She is the only one! I love her so so so so so so so much! Happy birthday Mama Combs!!" Janice Combs was a teacher and a model back in the days when Diddy was young and growing up. Happy birthday Mama Combs!
Post a Comment
Read more

EVENT: GLITZ AND GLAMOUR ON THE RED CARPET AT #TheFalzExperience LAST NIGHT 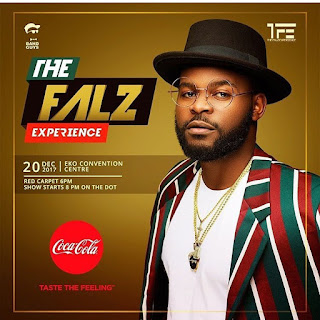 The night was lit with all the stars in the sky as Nigerians celebrities came out in their best fashion accessories looking all glamorous on the red carpet at the #TheFalzExperience last night. Some of the stars that graced this glamorous  event includes Tone Makinwa, Richard Mofe Damijo, Frank Donga, Davido, Adunni, Stephanie Coker, IK Ogbonna and many more. More photos below;
Post a Comment
Read more

NEWS: MAN SHARES SOME GRAPHIC PHOTOS AND STORY OF A POLICE MAN WHO BRUTALIZED HIM A YEAR AGO 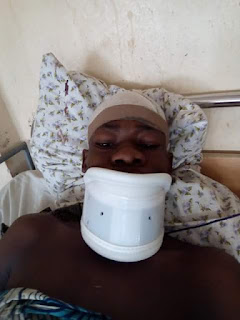 A Facebook user, Ataifiok Udoma took to his timeline to shared some graphic photos and recalls how a drunk policeman almost took his life a year ago in Akwa Ibom. Atifiok said today makes it exactly since that incident that took him to the land of pain and to the land of almost death. Read his story below; "December 21st 2016, remains memorable to me, many who saw me on that day had given up hope on me, they all thought my end had come. Mr Francis Haruna a mobile police officer attached to first bank of Nigeria Abak road branch tried his gun hitting skills on my head and broke the fine tiny head, thereby sending me to the land of pains and briefly to the land of attempted death. Special thanks to friends who carried me around hospitals, Benjamin Asuquo, Stephen Akpan, Jones Inyang and to my family who abandoned all things and stood by me all through my days on hospital bed and after, special thanks to the numerous friends who visited me and made me feel love and importa
Post a Comment
Read more 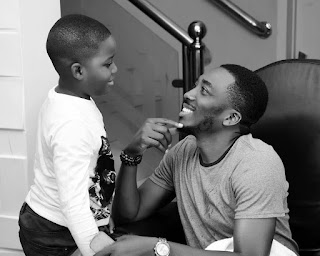 One of Nigerian ace comedians, Bovi took to his Instagram page today to write heartwarming message to his son as he turns 8 years old. Read what he wrote below; "Exactly 8 years and 9 months today, he started as a seed of semen! Today I will celebrate the man who started a new phase in my life. My first fruit! Happy birthday to my captain chukoo!"
Post a Comment
Read more 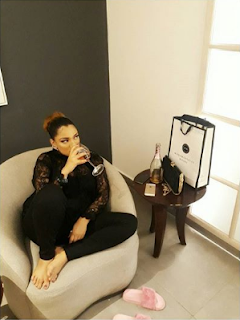 The pregnancy umours about former BBN house mate, Gifty might just be true as she fuels the suspiciousness in these new photos. Back in September, it was rumoured that former big brother Nigeria 2017 house mate, Gifty  might be pregnant for her ex boyfriend, Mr 2kay. The report came with a slightly visible baby bump photo of Gifty on set a movie with Lilian Bach, Rosy Murder and others. Since then the actress stopped attending events and making online presence. Now she has emerged from hiding and has continued to fuel more pregnancy rumours by concealing her belly in a black top for the Big Brother Nigeria housemates shoot yesterday. She shared the photo above and wrote; "All Thanks To God Almighty 🙏. This Pic Was Taken Today, Which Simply Means I'm Still Standing 😜😃"
Post a Comment
Read more 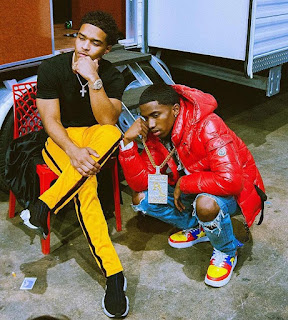 Music and business mogul, Sean Combs aka Diddy is definitely a proud father as he shared this new photo of his adorable look alike sons, Justin Dior Combs and Christian Combs. They are simply just adorable.
Post a Comment
Read more 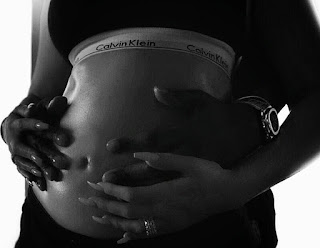 Spotlight and paparazzi has been on her since the pregnancy rumours started making news on social media and other sources late October. Khloe Kardashian took to her Instagram page today to confirm her pregnancy rumour in an emotional post. The rumour of the pregnancy started in late October when US Weekly aired the story and other media started spreading the news. But Khloe , her family and her NBA player, Tristan Thompson has kept mum all this while in midst of raging rumours. Khloe on Wednesday took to her Instagram page to share and confirm her pregnancy with the world and her fans. Read what she wrote below; "My greatest dreams realized! We are having a baby! I had been waiting and wondering but God had a plan all along. He knew what He was doing. I simply had to trust in Him and be patient. I still at times can't believe our love created a life! Tristan, thank you for loving me the way you do! Thank you for treating me like a Queen! Thank you for making me feel
Post a Comment
Read more
More posts