NEWS: NNAMDI KANU REJECTS BIAFRA WITH ONLY 5 IGBO STATES, WANTS BENUE AND RIVERS IN THE PACKAGE 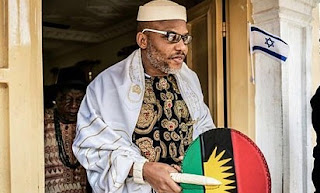 The leader of the Indigenous People Of Biafra (IPOB), Nnamdi Kanu has disclosed on Wednesday that while he was in prison, the Nigeria Federal Government offered him Biafra with only 5 Igbo States as the components part of Biafra but he rejected their offer, tabling before them that, he wants Rivers and Benue state inclusive. Nnamdi Kanu said that, the reason he rejected the offer was because that didn't constitute the Republic of Biafra, insisting on his stand that he want Rivers and Benue states in the offer. According to Vanguardng report, the IPOB leader also claimed that, they offered him an oil block and a mansion in Dubai aimed in convincing him to abandon the cause but he turned them down and insisted on the actualization of Biafra. Nnamdi said, those things were the Greek gifts to buy him over but he maintained that he has no price other than to actualize the restoration of Biafra and liberate the Igbos. He also pointed out that "Biafra is coming, there is no sto
Post a Comment
Read more

PHOTO OF THE DAY 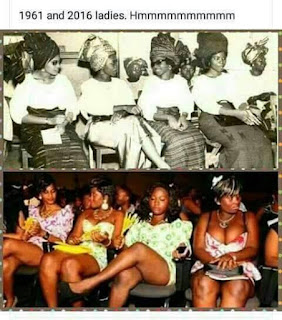 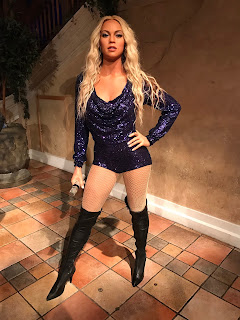 Beyonce's fans aka Behive are not happy at all over the non resemblance of the artiste's Madam Tussaud's wax figure when it went viral this week. The bone of contention is that, fans are saying that the figure looks nothing like Beyonce, the abomination which made it way to New York museum this month, has a blonder hair, lighter skin and facial feature that doesn't resemble the artiste at all. Read More.
Post a Comment
Read more 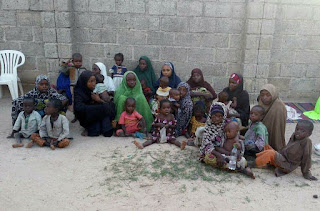 The Army on Wednesday released a statement  that it had interrogated 37 people suspected to be wives and children of the Boko Haram sect after they escaped their hiding place. The statement issued by Sani Usman, the Army spokeperson said that 30 of escapees were intercepted on Tuesday at Gujba LGA of Yobe. Mr. Usman said that they comprised of eight women and 22 children. The Army spokeperson said "On preliminary interrogation, suspects claimed to have escaped from Boko haram terrorist's group custody at Kafa and Abagajiri villages in Damboa Local Government Area of Borno,’’ The Army spokeperson also said that, the remaining seven that included women and children were captured on Tuesday Kamuya in Yobe. .
Post a Comment
Read more

ENTERTAINMENT: BOBRISKY SHOWS OFF THE HAIR HE WAS ACCUSED OF NOT PAYING FOR 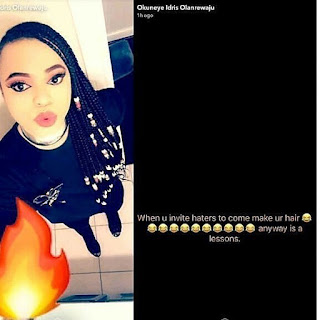 Bobrisky, the Nigeria male barbie and Texas based hairstylist, Lex,  are still at each other over the episode that happened between them two days ago when she braided Bobrisky's hair. Bobrisky is threatening to sue Lex for taking his pictures without his consent and here he is showing off the beautiful braids. More photos after the cut. Read more
Post a Comment
Read more 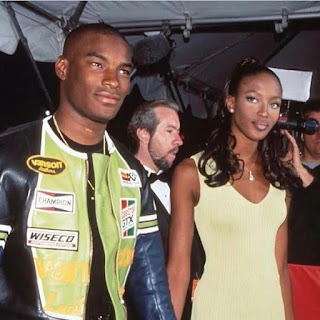 FASHION: EMILY RATAJKOWSKI FLAUNTS HER BIKINI BODY AT THE BEACH AND YOU WOULD NOT BELIEVE WHAT HAPPENED 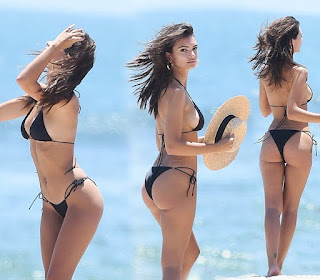 OMG! Is there anything more beautiful than Emily Ratajkowski at the moment? The model and actress enjoys a day at the beach and had everyone drooling over. Enjoy more photos after the cut.
Post a Comment
Read more 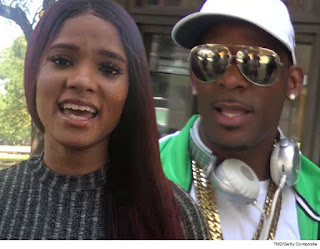 New reports are surfacing with Joycelyn Savage claiming her father was the one who introduced her to R Kelly and he is also very much  aware of her living with the RnB singer. Sources close to Joycelyn told TMZ that Joycely's Father, Timothy, was on board with the daughter going to live with the singer almost two years ago when they first met in a concert. It was gathered that the father who came up the plan with R Kelly and others for Joycelyn savage, 21 to go and live with Kelly to develop her singing under Kelly's tutelage. Timothy was the who dropped the daughter off  at her friend's place to be driven to Kelly's place. Read more
Post a Comment
Read more

ENTERTAINMENT: CIARA HOLD BACK TEARS OF JOY AS HER SON BOOKED HIS FIRST MODEL CAMPAIGN WITH GAP 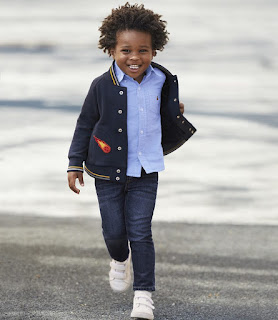 Ciara shared this on her social media page as she hold back tears of joy, her little boy Future Zahir got his first modelling contract with #Gapkids. According to the proud mother, she woke up this morning in Beijing to see her little nugget in the front page of gap.com. Here is what she wrote: - "Waking up in Beijing to see my little nugget on the front page of Gap.com! Holding back these happy tears! I'm so proud. Future Zahir has booked his first commercial campaign with #GapKid! I'm honestly speechless....Dreams Do Come True! #Back2School!
Post a Comment
Read more 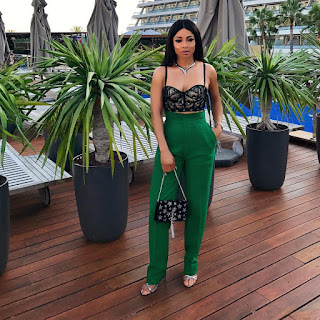 The beautiful media personality, Toke Makinwa took to her Instagram page to described the kind of person she really is, according to her she said, she doesn't share her friends or her man and will cut any bitch who crosses her path.
Post a Comment
Read more

ENTERTAINMENT: LOVE IS IN THE AIR AS TEMI OTEDOLA WISHES HER BOO MR EAZI HAPPY BIRTHDAY 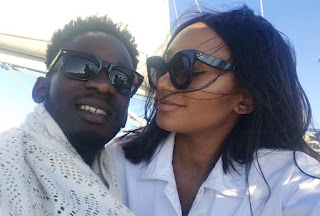 Love is a beautiful thing people and Temi Otedola is saying it all as she wishes her dark tall handsome boyfriend, Mr Eazi happy birthday. She captioned the photo with this. " (A social media message just can't do this justice) Happy Birthday to my right hand in all this! Let's just say my look in this photo says it all. Get off that plane quick and let's start the celebration 💘"
Post a Comment
Read more

ENTERTAINMENT: AMBER ROSE STEPPED OUT WITH BOYFRIEND 21 SAVAGE FOR A STROLL 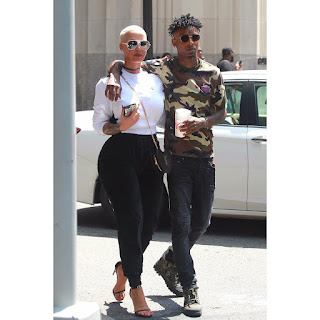 The curvaceous model, Amber Rose, stepped out with her rapper boyfriend, 21 Savage for a stroll and they look cute together. The 33 years old mother of one flaunt those curves in a form fitting sweat pant and cropped long  sleeve white top for a stroll with her 24 years old beau rapper, 21 Savage. More photos after the cut. Read more.
Post a Comment
Read more

EVENT: CHARLY BOY IS A PROUD FATHER AS HE SHARED SULTRY PICTURE OF DAUGHTER 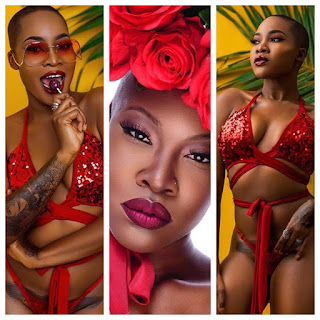 Charles Chukwuemeka Oputa also known as Chharly boy shared this sultry picture of his daughter on her birthday, leaving his followers on instagram wowed. Here is what he wrote to caption the photo. " My Girl is Hot. Daddy's pride and joy. Our own Charly. Princess Dewy. "
Post a Comment
Read more 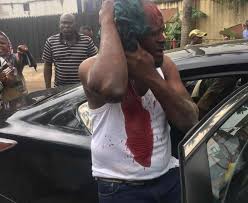 The Lagos state APC primary election in Odi Olowo that took place yesterday resulted into violence, full details are yet to be reported but according to some pictures and report online, the ward L chairman, Demola Hakeem Saka and his executive were brutally beaten. More photo after the cut.
Post a Comment
Read more 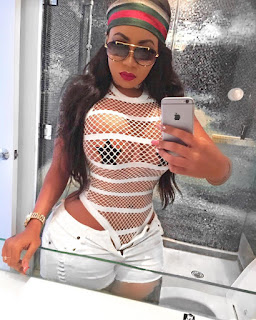 The curvaceous and controversial Kenyan socialite, Vera Sidika, woke her fans up early this morning with a tease of her recent sexual encounter, where she begged for mercy as she had pussy eaten by a mysterious man she is not ready to disclose yet. Obviously the chap did a great a job. She took to her intsagram story this morning with the narration of the best head she got of late, read what she said here. Read more
Post a Comment
Read more 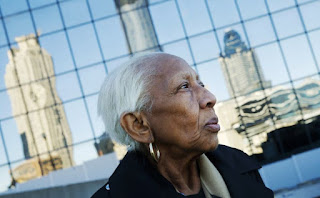 Atlanta Police arrested a notorious jewel thief with illicit career spanning six decades but she wasn't after the sparkly gems this time around, said AP. 86 years old Doris Payne, was arrested 5 PM on Monday at a  Walmart store and was charged shoplifting $86.22 worth of items, according to a report from Chamblee police. The charge is a misdemeanor. Doris Payne was the subject of a 2013 documentary film titled "The life and crimes of Doris Payne" detailing all of her feats. She casually confessed "I am a thief" in an interview with Associated press last year.  She's well-known in fine-jewelry circles, and authorities say she has pocketed expensive jewels from stores around the world. Read more.
Post a Comment
Read more

ENTERTAINMENT: MOTHER OF TWO TAKES SEXY SELFIES FOR MONEY AND SHE IS ENJOYING IT 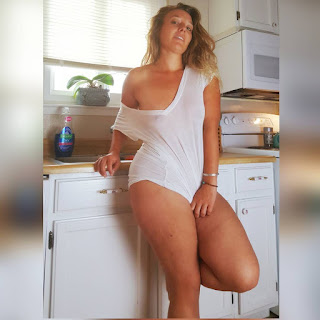 Instagramer, Summers Vonhesse is a mother of two, a housewife who makes more than $5,000 a month simply by taking sexy and raunchy selfies and sell them online. She tells yahoobeauty “I’ve never had a ‘real job’ since I got married eight years ago. Being able to contribute in my house feels really nice,” Last year November, she began showing more skin on her instagram page out of boredom but she quickly realized that she was online hit by gaining nearly 110,000 followers and could profit from this medium who wanted to see more of her. So she decided to take control and increase her finances as well as her followers. “I enjoy doing it,” she says. “To be honest, I’m not doing it because we really need the money or anything like that, but it sure is nice that I am bringing in $5,000 a month.”  Read more Warning; explicit photos after the cut.
Post a Comment
Read more 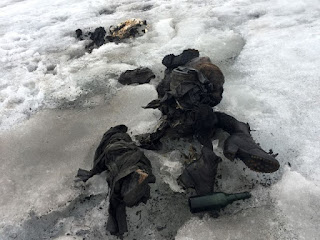 The mysterious disappearance of a Swiss couple 75 years ago, their remains has been found in the Alps preserved in a receding glacier. giving a closure to the uncertainty for their family,  relatives and the media. Their bodies were found lying next to each other in the Diableret massif in southern Switzerland on Thursday, along with backpacks, a bottle, a book and a watch, according to Le Matin daily. The couple left their village  Chandolin in Valais canton on foot at the time before mysteriusly disappeared, leaving behind five sons and two daughters. Marcelin Dumoulin, was a 40-year-old shoemaker then, and his wife Francine was a schoolteacher aged 37. A DNA was to be carried to definitely identifies their bodies but Maryline Dumoulin told AFP police were "99 percent" certain the remains were of her grandparents, who went missing on August 15, 1942. Read more.
Post a Comment
Read more
More posts