Showing posts from November 9, 2017
Show All 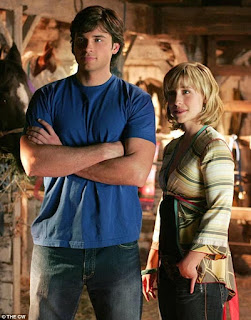 Seem like Chloe Sullivan is a freak after all, being around Clark Kent and meteor rock must have robbed off on her. Allison Mack who starred in the long running TV series, Smallville is currently under investigation for extorting, beating and branding members of a sex cult she was identified to be the second in command of. Last month, the New York Times broke the story about a secret sorority group that brands women and put them under salvation diet and beats them if they don't recruits enough slaves. The name of the group is known as DOS, is reportedly s secret society for the highest ranking female members within the self help group NXIVM. To outsider and novice, the NXIVM is just a run off the mill self improvement group offering classes that teach the answers to living a successful and fulfilling life. But some of the ex members has revealed to Times that NXIVM operates as a cult for the people at the high level of the group, who have dedicated themselves full time t
Post a Comment
Read more

ENTERTAINMENT: JACOB THE FAMOUS GATEMAN SPEAKS ON BOBRISKY'S ARREST FOR THE FIRST 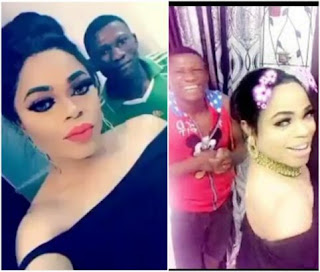 Bobrisky's famous gateman, Jacob spoke for the first time on his oga's arrest. Jacob spoke to aunty bukky in what was brief off camera interview, he said he was not around when the arrest was made. He said "I was not around when the police came to the house to arrest my oga. I went to buy coke and groundnut, one of the neighbours told me they beat him and threw him over the gate because I locked the gate before I left. My oga asked me not to talk to anyone, please leave me alone." Watch the video below
Post a Comment
Read more
More posts