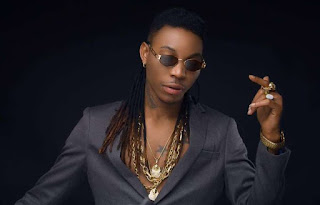 Nigerian sensational singer, Joshua Iniyezo popularly known as Solidstar has finally said farewell to his record label of 10 years, Achievas Entertainment. He took to his Instagram page yesterday January 1 2018 to pen a very heartfelt to a record label has helped and be part of his achievements but he said now is time to move to other things. He said thou they are parting ways but Achievas Entertainment will always be his home and family. Read what he wrote below: "I Joshua Iniyezo AKA SOLIDSTAR wish to use this opportunity to thank my former label Achievas Ent for being there for me over 10yrs words cannot express how grateful I am. Special S/O to @cossyachievas @colepeter my Bosses and entire team for having my back u r still my family even as I begin another chapter career wise #shaba!"
Post a Comment
Read more

ENTERTAINMENT: KIM KARDASHIAN SENDS A THANK YOU TWEET TO THE DOCTOR AND NURSES WHO WORK AROUND THE CLOCK AFTER SHE TOOK HER SON BACK HOME FROM THE HOSPITAL 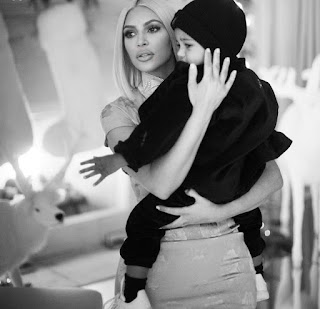 The end of the year was a scary one for Kim Kardashian and members of her family as her little boy, Saint West was rushed to the hospital for pneumonia. He was admitted and spent three days in the hospital before his mother, Kim was able to bring him back home in good health. Kim took to her Twitter handle to appreciate and thanks members of staff in the hospital who worked around the clock to ensure Saint West got a good clean bill of health. Read what she wrote below. "My precious baby boy is so strong! After spending three nights in the hospital & seeing my baby get multiple IV’s and hooked up to oxygen machines, our end of year was challenging. Pneumonia is so scary.  I just want to thanks every nurse & doctor out there who works so hard around the clock. We are so grateful for you all! He’s home and all better. He’s so resilient I’m sure he will still say the ambulance ride was cool! My strong Saint."
Post a Comment
Read more 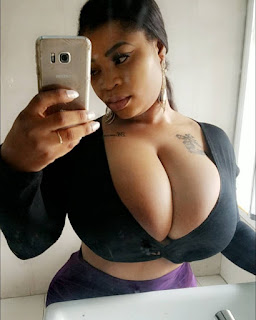 Some ladies can carry sha, look at all that goodies dangling and stating at you in your face. Anyways, Roman Goddess as she is popularly known took to her Instagram page to wand off haters who are trying to bring negative energy her way this year, if they don't like what she post on Instagram they should save themselves some energy and unfollow her. Read what wrote below; "If you don't like what I post on my Instagram save yourself the energy and unfollow. If it's that hard & u divert that negative energy to me, imma just block you u. Simple as that."
Post a Comment
Read more 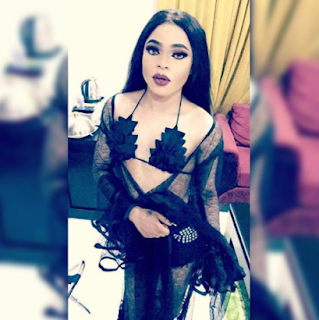 Take a minute and observe this photo very, tell me if this is man or a woman? And if you can't guess, well, that is a man and his is Nigerian cross dresser, Bobrisky. It is official people! Bobrisky can now be refer to as he, and these photos right here is the prove to that. The male barbie, Bobrisky stepped out for a pool party in Uyo over the weekend in this sexy female bikini. He shared the photos with his fans. See more photos below;
Post a Comment
Read more

ENTERTAINMENT: A MAN SHARES PHOTO OF HIS MUM'S CHILDREN AND HER GRANDCHILDREN, AND HIS DAD HAS 4 WIVES 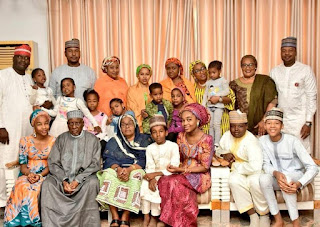 A man from the northern part of Nigeria has come on Twitter to clear the doubt of those saying that the North will be counting cows to add to its population. He posted a photo of family, saying that the people in the photo are his mum's children and her grandchildren, that his father has four wives. So, just imagine, if these ones are just from one woman and the father has four wives, how many will the total sum of the whole household be? Do the maths people. He is proving that the north is bigger than what people are speculating. Read what he wrote below; "Later some people will come and tell you the North is counting cows as its population. This is just the kids and grandchildren of my mum, and my dad has 4 wives."
Post a Comment
Read more 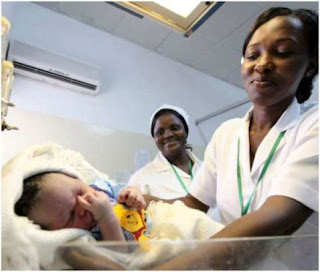 To maintain equilibrium on earth and part of natural existence of man on earth, as man dies daily so is man born daily. This is simply process of continuation of life and natural circle. As the calendar ushers us into a brand new year, some good news came with it while some bad news also happened but one of the good news is the birth record in Nigeria on January 1st 2018. The births, represented third largest population of newborns in the world on Jan. 1, 2018. UNICEF also said nearly 386,000 babies would be born worldwide on New Year's Day, representing some 90 per cent in less developed regions. The agency reported that in Kiribati's Christmas island in the pacific would  most likely welcome 2018's first baby while the U.S., its last. Globally, over half of these births are estimated to take place in nine countries, according to UNICEF. These are: India, 69,090; China, 44,760; Nigeria, 20,210; Pakistan, 14,910; Indonesia, 13,370; United States, 11,280
Post a Comment
Read more

NEWS: SENATOR DINO MELAYE SHARES A PHOTO OF A MAN BOWING TO HIM 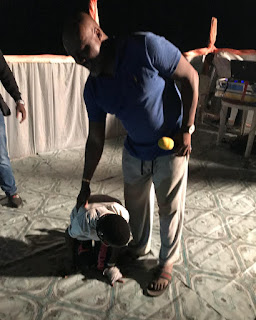 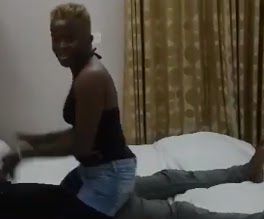 Where all my ladies at? This one is for you. Nigerian controversial sex therapist, Angela Nwosu has a new year gift for her female followers and she teaches how to try different sex position when you want to ride your man. In this video she she went on to describe how you can drive a man insane by trying the cowgirl style. Watch video below;
Post a Comment
Read more
More posts