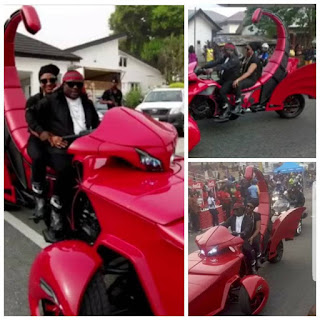 The biggest carnival in Africa is the calabar carnival held in Cross River state annually. Every year's comes with its side attraction and marvel but this year's calabar carnival 2017 side attraction was when the state governor, Professor Ayade and his wife made a grand entering in what looks like a red giant scorpion inspired power bike. See more photos below;
Post a Comment
Read more

NEWS: MAN CAUGHT HAVING SEX WITH A FEMALE GOAT IN EDO STATE 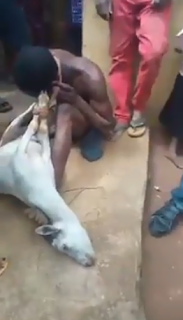 A man from Edo state simply identified as Shina Rambo has been nabbed in Ugo, Edo State, while having a sexual intercourse with a female goat. According to reports, Rambo, from Ukwuani, Abafo, was having sex with the goat in his room and the cry of the goat attracted neighbours and passersby, who forced his door open and caught him in the act. The representatives of the leader of the community who arrived at the scene later disclosed that Rambo is a serial rapist. One of them said: “ He did not start this today. He has done it in Ogba and Ibieguai before he was chased out of these communities. He stole there too, we have told his father and mother to leave the community immediately. We have left him before now because his father is a good man, he has to make some sacrifice to appease the land, and after that, he will leave this community with his mother.”
Post a Comment
Read more 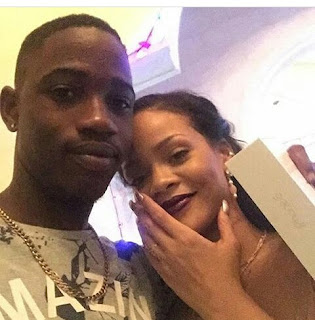 Rihanna’s cousin has been shot dead few hours after they spent Christmas Day together in Barbados. Rihanna' cousin, Tavon Kaiseen Alleyne was walking in the St Michael’s area around 7pm on Boxing Day (26 December) when he was shot by an unidentified man several times, according to Nation News. He was 21. Alleyne later succumbed to his injuries after being rushed to hospital in a private vehicle. Rihanna took to her Instagram page to pay tribute to her cousin. She wrote; 'RIP cousin....can't believe it was just last night that I held you in my arms! never thought that would be the last time I felt the warmth of your body!!! Love you always man! #endgunviolence' One more photo below;
Post a Comment
Read more
More posts