ENTERTAINMENT: THE BEAUTY ON ACTRESS DAMILOLA ADEGBITE ATTOH IS BEYOND FLAWLESS 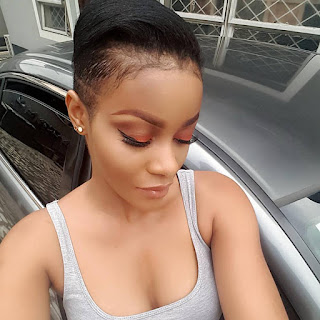 Some girl can like to be fine sha, and this Nigeria beauty is definitely ranking the bill board  this Friday evening, Nollywood actress, Damilola Adegbite Attoh is thinking about cutting her hair and she needs the advise of her followers to help her come to proper decision. She posted this photo on Instagram page with this caption; "Thinking about cutting my hair again. Please help me decide 😩 Yes or No?"
Post a Comment
Read more

ENTERTAINMENT: MAHEEDA IS LUSTING AFTER DADDYFREEZE, WISHING DADDYFREEZE IS HER BABY DADDY 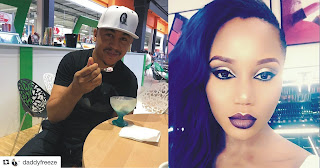 The legendary Nigerian nudist, Maheeda, has taken to her Instagram page to make a very sacred confession, how she loves cool FM OAP, Daddyfreeze and how much she wants him to be her baby daddy. She also stated the challenge of their partners that is hindering them to get their freak on together, here is what she says below. "This  @daddyfreez of a guy, me I for like to be his baby mama😍😍😍😍😍 but..... we get partners 😒... I just love him so fucking much ... abeg abe make we hide do small ? Nahhh him be pastor.. chei see my life?🤷🏽‍♀️"
Post a Comment
Read more 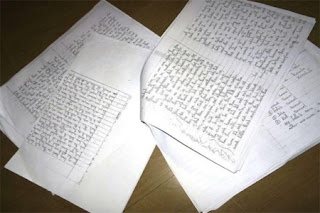 A secret diary kept by some of the 276 Chibok girls kidnapped by the Boko Haram has recently surfaced describing their ordeal during captivity. According to report, the diary was released by one of the Chibok girls who was recently released in Abuja at the location where the Federal Government is keeping them for a restoration period. In the diary, the girls claims that the Boko Haram Sect didn't intend to kidnap them when they invaded their school, they only came to steal machinery for construction. The diary described how the insurgents arrived the school to find the machinery were missing, and they debated what to do with the girls. The girl wrote in the diary " “One boy said they should burn us all, and they said: ‘No, let us take them with us to Sambisa … if we take them to Shekau, he will know what to do.’” While the authenticity of the contents of the diary cannot be ascertained, it revealed the horror and torture the  girls underwent during captivity.
Post a Comment
Read more

A WOMAN FOUND NAKED IN WILDERNESS, NARRATE HOW SHE SURVIVED 3 WEEKS IN THE WOODS 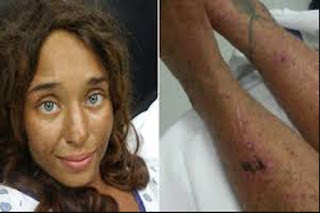 A missing woman, who was thought to be dead for weeks now, roamed out of the woods 28 days later, naked and visibly sick. Lisa Theris, was announced missing on the 18 July, and her family feared the worst. But last Sunday, a woman driving down a country road outside of Union Springs, Alabama, spotted a naked woman and called the police.  “I just passed a road and there’s a lady that, she came out of the woods naked and she’s been sick. She’s been in the woods for three weeks,” the caller told 911 dispatchers. When the police finally had her in their custody, they thought she lost about 40 pounds and noted that she suffered deep cuts, bug bites, poison ivy stings and sunburn. Lisa recounted how she survived by feeding on berries, mushroom and drinking from puddle of water. “If it rained I’d have to like squeeze the water out of my hair and drink it,” Theris, a former waitress and radiology student, said. Lisa. She continued: “It was all about finding the road or finding
Post a Comment
Read more 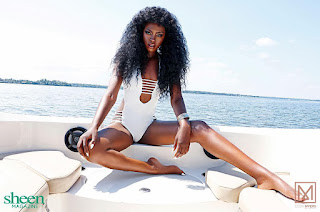 Imagine being deaf and this hot, a lot of people might not believe this mystery but this beautiful, hot model, Ayanna Michele is definitely deaf and she has been slaying the hell out. She shared her inspiring story on her Instagram page, according to her, she wasn't born deaf but had hearing problem at a very young age. At the age of 6, she started using hearing aids but she went completely deaf this year. She also narrated how a lot of concerned friends has been asking her "Are you gonna have surgery" question a lot lately and her doctors has also given her the options of going through series of surgery in an attempt to regain some percentage of her hearing but she has decided not to go through those rigorous processes. She wrote: - "I wasn't born deaf. I was born hearing; although I don't remember being able to hear at all. I've been having hearing problems since I was a child. My mother just thought I was mischievous and I didn't like t
Post a Comment
Read more 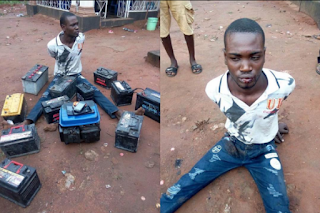 A suspected thief, Madabuchukwu Unamba, who is also a bus conductor was arrested yesterday in Imo state by the state security operatives, for same crime he served a 1 year jail term for. The native of Ebonyi state who also confessed to have escaped from police cell, broke into a shop alongside his driver,Nwa papa, and stole 11 vehicle batteries, 1 tiger power generator, and 5 mobile phones. But unfortunately, their luck ran out as they were caught.
Post a Comment
Read more
More posts