NEWS: THE NORTH CAROLINA TEEN THAT WENT MISSING A YEAR AGO RETURNED HOME A DIFFERENT PERSON 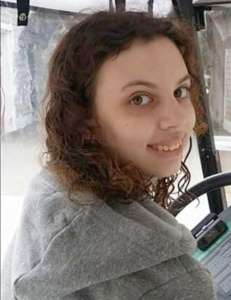 Hailey Burns, a teen from North Carolina USA, went missing for almost a year before she was found in a Georgia home on Sunday. She is back safely with her family now but her mom said, "she is not the same girl that left and that's the hardest thing, there are changes in my daughter" said Shaunna Burns, the teen's mother.

Hailey was officially reported missing on 23 May 2016, after she left home without informing anyone where she was going to, she  was 16 years old then.
The family said that she ran away with a man she met online after she went missing, "he gradually wormed his way into her good graces, he coerced her into listening to him and not following our directions and the next thing i knew my daughter wasn't communicating with me"  the father told WBTV
On the 24 of June, Hailey's parents were informed that their daughter was in Duluth, Georgia. Few hours later, she was rescued by federal agents and was later taken to a local hospital before being returned to her parents, said an FBI agent.

Hailey's lover and captor, Michael Ren Wysolovski, 31, was later arrested at the scene, he shared the home with Hailey for the period she was away from home, Hailey who appeared to be physically unharmed except for her loss weight. Wysolovski has been charged with aggravated sodomy, false imprisonment, cruelty to children and deprivation and interference with custody.