NEWS: BOY MURDERED IN BAYELSA IS NOT NDA CADET OFFICER 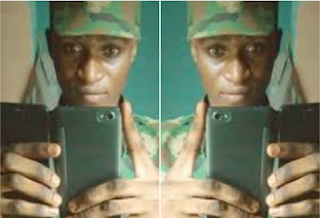 The Nigerian Defence Academy (NDA) has confirmed the boy, Enoch Gbavieme, that was murdered in Yenogao, Bayelsa state capital last weekend by members of a cultist group, has ceased to be cadet of the Academy since November 16 of 2016.

The spokesman for the NDA, Musa Yahaya issued a statement that the deceased, Enoch Gbavieme Saviour who was a student of the military academy, was expelled for absconding without official permission in November 2016 and therefore, ceased to be a cadet of the institution before his untimely death.