The tension in Enugu following the heavy explosion that happened on Mondayat the former new artisan market on the outskirts of Enugu has caused the Nigerian police command in Enugu to launch investigation into the cause of the blast.The command spokesperson, SP Ebere Amaraizu disclosed this in Enugu today.

Though no life was lost, however a team of investigators from Explosive Ordinance Department (EOD) has been assigned to the scene of the incident to ensure all is safe and well to carry on business as usual.


“The command through its operatives has commenced a full-scale investigation into the alleged incident of an explosion at the scrap site of the former New Artisan Market in Enugu. The cause of the explosion is yet to be ascertained and no life was lost. However, the incident is alleged to have caused minor destruction in a nearby food shop, including two vehicles parked near the said shop,’’ he said.
He advised residents of the state and travellers along the road not to panic
“The command is advising the good people of the state, particularly residents of that axis not to entertain fear or panic, but to go about their normal lawful businesses. All hands are on deck, the command is working in partnership with relevant sister security agencies and stakeholders to ensure a safe and secure Enugu and its environs,’’ he said. 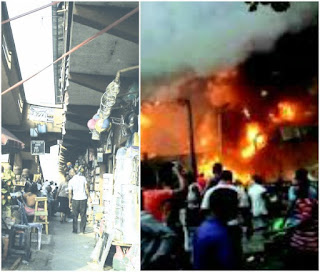 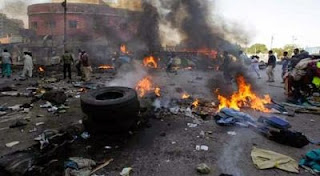