NEWS: KENYAN TOP ELECTION OFFICIAL RESIGNED AND FLEE TO US AMID DEATH THREAT 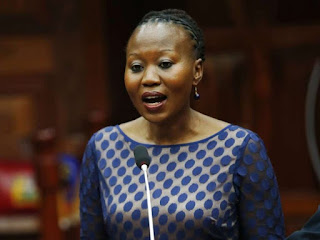 A top Kenya's electoral commission (IEBC), Roselyn Akombe has resigned from her government position and ran to the US amid death threats ahead of the next week's presidential election re-run.

This comes a week after the opposition leader, Raila Odigna pulled out of the presidential election re-run after the supreme court annulled the result of the original 8 August polls, when current President Uhuru Kenyatta was declared winner after finding irregularities and illegalities.

Speaking to BBC interview newsday from New York, Ms Akombe recalled the murder of the election commission's IT head, Chris Msando before the August poll.

"You will  be suicidal to think nothing will happen to you, i  have never felt the kind of fear that i felt in my own country" Ms Akombe told BBC.

According to her statement, The IEBC was under political "siege" unable to reach consensus or take any decision.

She said IEBC member has been voting along partisan lines, without discussing different issues on merit and that the commissioners and other IEBC officials were facing intimidation by the political actors and protesters.

Ms Akimbe added that the death threats were anonymous threats, and she was under a lot of pressure to resign.

She said she didn't "feel safe enough to want to go home" in the future.

IEBC chairman, Wafula Chebukati in a statement said that he regretted the Ms Akombe decision to resign  and warned Kenya's political leaders not to "interfere with the process"