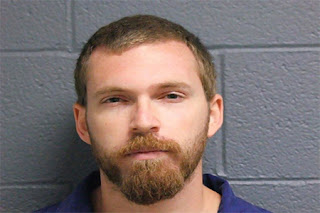 A Michigan woman who was raped when she was 12 year old by a then a18 year old man, Christopher Mirasolo, who head captive for days  and repeatedly raped her, now faces the  prospect of sharing joint custody of her child.

This was decided last week by a Michigan judge who decreed that Mirasolo who is now 27 should share responsibility of the child that  was conceived from the incident. This is after a paternity  test was ordered by Sanilac County Circuit Judge Gregory S. Ross for the now 21 year old rape victim's son after she applied for state aid, her lawyer, Rebecca Kiessling, said in a press release on Saturday.

"Mirasolo is been awarded joint custody of the woman’s child despite being convicted of her rape and another sexual assault on a child.
The convicted rapist assaulted the girl nine years ago and she subsequently became pregnant.
After the DNA test identified Mirasolo as the father, judge Ross ordered that his name be added to the birth certificate, he was also awarded parenting time, and the woman’s address was disclosed to Mirasolo without the woman’s consent." Kiessling said


Rebecca Kiessling, whose client is not being identified because she is the victim of a sex crime, called the judge’s decision “insane.”
“Nothing has been right about this [case] since it was originally investigated,” she told the Detroit News. “He was never properly charged and should still be sitting behind bars somewhere, but the system is victimizing my client, who was a child herself when this all happened.”
“This case is believed to be the first case of its kind in Michigan, and perhaps in the U.S., in which a rape victim will seek protection under the new Rape Survivor Child Custody Act and proves why a rape conviction should not be required”.

Kiessling said her client is seeking protection from Mirasolo under the federal Rape Survivor Child Custody Act. The law provides grants to states that offer women who conceive a child through rape the option to terminate the rapist’s parental rights if there is “clear and convincing evidence” of the crime.

According to Ms Kiessling, Mirarsolo forcibly raped and threatened to kill her client in September 2008.

“She, her 13-year-old sister and a friend all slipped out of their house one night to meet a boy and the boy’s older friend, Mirasolo, showed up and asked if they wanted to go for a ride,” said Kiessling.
“They thought they were going to McDonald’s or somewhere Instead, he tossed their cellphones away, drove to Detroit where he stole gas from a station and then drove back to Sanilac County, where he kept them captive for two days in a vacant house near a relative, finally releasing the older sister in a park. He threatened to kill them if they told anyone what happened.”

Mirasolo was arrested a month later, she said, when her client was pregnant. The victim decided to keep the child as she did not want the “baby to be a victim too” and left school to live with relatives and worked to support herself. Mirasolo was sentenced to one year in prison but only served six and half months before early release so he could take care of his sick mother.

Mirasolo was found guilty of third-degree criminal sexual conduct and sentenced to one year in jail, but only served six and half months. In March 2010, just four months after his early release, Mirasolo committed another sexual offence on a victim aged between 13 and 15 years old, he was sentenced to 5 years in jail but only served four years in prison before he was released. According to court records, he’s been on parole since July of 2016.

According to the conditions of his release, he is a registered sex offender who’s not permitted to have contact with a child 17 years old or younger without the presence of a responsible adult. He also cannot come within 1,000-feet of a school or child care center without approval, or own a computer or device that’s capable of connecting to the Internet.

Barbara Yockey, Mirasolo’s attorney, said it is unclear what her client’s future involvement, if any, will be with the eight-year-old boy he fathered with the victim.
The matters ordered by the court will be taken up at a hearing later this month on October 25th.