MUSIC : ORANGE NAIJA ROCKSTAR; THE GUITAR AND THE ECCENTRICITY 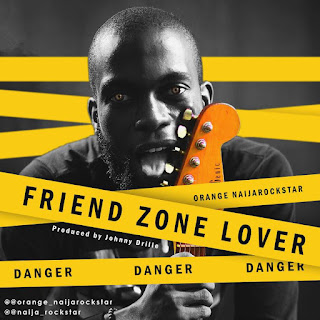 Don’t let the bushy beard, the beads, the bangles or the skinny pant fool you, this eccentric young man is what you will call an epitome of talent, straddled with the aura of a god and confidence of a lion, you can’t expect less from Chukwuma Ezulike popularly known as Orange naijarockstar. This young lad with an Igbo father and Urhobo mother knows what to do with a guitar, with deep sonorous voice laced with refined lyrical content, Orange is the new generation Bryan Adams but only this time, this Bryan Adam is from Africa and most interestingly a Nigerian.

He is a graduate of urban and regional planning, from the University of Lagos (unilag) where he graduated with a Second Class Upper. His musical voyage started at the age of twelve when his father saw the star in him and decided to enroll him in a musical school to learn how to play any musical instruments and instinctively Orange picked the guitar. None of them knew then that this decision was going to shapen the course of his life. And like the typical story of any rock star, Orange has had his share of the struggles, from the age of eighteen he has been playing with several bands from one night club to another, winning the audience admiration, getting a thundering standing ovation, the crowd loved this guitar man, the ladies just couldn’t wait to get a hug. Even at that age, with all the glittering attention, all the flirting being thrown at him from his female fans, this young Igbo/Urhobo breed doesn’t seem utterly overwhelmed with the whole of it, his calm confidence, aura has stirred some concerns among those that are around him and this has earned him the title ‘Naijarockstar’. Orange is not just a guitar man, he is a true friend to his friends, a brother to his siblings, a son to his parents and also a good singer. He is what the literal world will define as a VIRTUOSO. With his new single, “friendzone lover” dominating the airwave, massive downloads and series of interviews, Orange naijarockstar is ready to break all barriers.

During a mild conversation with Orange when we caught up with him at the lagoon front in unilag, a place where he said he often visits when he needs to be close to nature, an ocean view of the Lagos lagoon where most jelly lovers come to make out sometimes. It was here Orange bared it out, about his love for rock music, his rockstar ambition and things he hopes to accomplish in the nearest future. Orange is one of the most down to earth people you could ever come across, no pretense, no bullshit, no drama. He is just a straight forward and conscious guy and this personality has given him some sort of substance that lacks in some artistes today. When asked what he thinks about the Nigeria music industry today, he said that the Nigerian music industry has become a force to reckon with, but although the industry is fast growing, the industry is not healthy. The diversity of music genre in the mainstream is very limited. He said the industry has come a long way and yes, the world is listening to our music now and that’s a good one but the industry needs to improve on lyrical content. He also said majority of these musicians lack the art, they lack that artistic ingenuity, are not musically inclined and can barely play a musical instrument. We also asked who are his musical icons and the list was pretty strange, not the usual music icons one would expect from a young lad of the twenty first century, he mentioned the likes of Earl klugh, Iron Maiden, Rod steward, Carlos Santana, the Eagles, Jimi Hendrix, Nickel back, 3 doors down, Asa, Fela, Tuface Idibia, bez, Guns n’ Roses, Muse, Bryan Adams etc. Meeting Orange and hearing him perform gives you the feelings of being in a rock concert, how those electric guitars stretches in harmony forever, how you sink and flow into the live performance. To know a great artist, he or she must be able to perform live and not only perform to a sound track being played by a Disc jockey (Dj). Orange naijarockstar said he doesn’t perform to a sound track but rather prefers playing live. As a guitarist, he has played with the likes of Kenny Kore, Diana Bada, Ada, Dabyna, Johnny Prest and the Starlit band, Naytan and the Harmony Shades just to mention a few. Orange naijarockstar is rapidly building a great career for himself and there is no stopping him at a time when the Nigerian music buffs are fast embracing the rock culture. Nowadays when you check some music lover’s playlist, you find rock artists like Chris Daughtry, Pink, Coldplay, Blink 182, the all American reject, James Arthur, Avril Lavigne, System of the down, 3doors down, Nickelback etc with this new era of music diversity, one can say that Orange naijarockstar will travel far with his sound and I greet you specially bros, you are welcome. 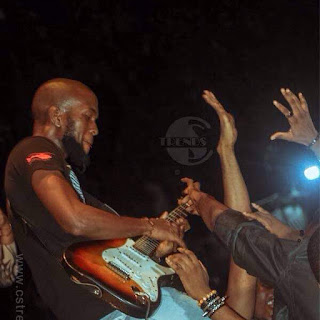 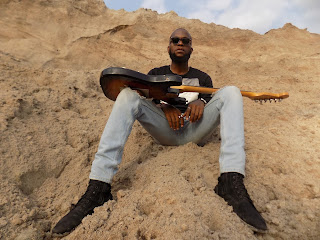 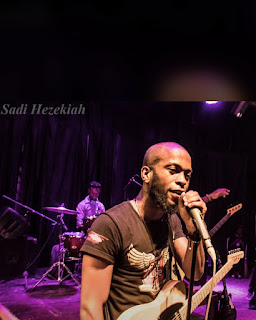