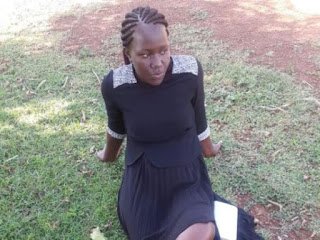 This is just so sad. A 23 year old, Valerie Apondi, who is a third year student of Logistics and Supply Chain Management at the Jaramogi oginga Odinga University of science and Technology was murdered by her baby daddy on Saturday. She was found dead in a pool of blood in a room she booked on Friday at around 8pm with the baby daddy. 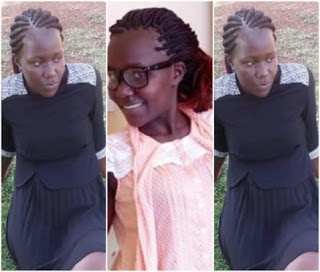 It was reported that the deceased, Valerie Apondi was accused by her boyfriend, a 25 year old Collins Oluoch Ogweno, a nurse at Nightingale hospital in Kisumu of cheating on him with another man. Valerie was reportedly killed with a machete.

The star reports that according to a source who begged anonymity said, the incident that led to Valerie's death was not the first time the couple who have a baby together, have been involved in a heated argument. It was gathered that the deceased's baby daddy had before the incident, persuaded Valerie to move out of school even though she didn't want to.