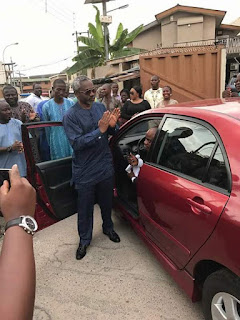 The tenacious story of kamarudeen Idowu who used to be a beggar on the streets of Lagos is one hell of inspiration tale of rags to riches.

The majority Leader of the House of Representative, Femi Gbajabiamila yesterday gifted a physically challenged beggar turned barrister, Kamarudeen Idowu a Toyota Corolla car with a promise to give him a driver and pay for the driver's salary for one year.

Barrister Kamarudeen Idowu who used to be a beggar on the streets of Lagos, decided to further his education by pursuing a degree in Law. He used the proceed from the begging to pay his way through the university. He was called to bar in 2016 after the completion of his law degree from the university of Lagos and Nigerian law school, Abuja Campus.

At the presentation ceremony of the car, Honourable Gbajabiamila said he was inspired by Idowu' story. According to him, he got to know of Idowu through a Lagos-based magistrate he met in Abuja. He said he is in the process of sponsoring a bill that will ensure that a quota of the Federal Government jobs are allocated to the physically challenged.

He said "Apart from the car, I will get him a driver to take him wherever he wants to go. And I will pay his driver's salary for a year." 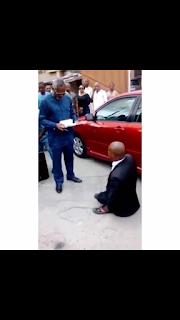 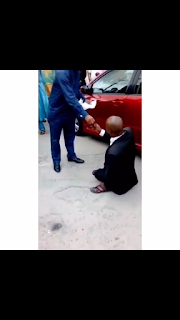 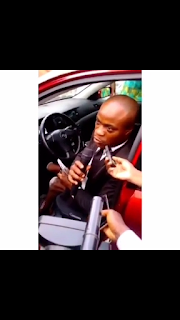