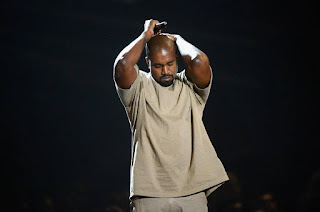 American rapper, Kanye West fulfilled the wishes of a dying young fan who was battling cancer by rapping for her over FaceTime moment before she died.

The American rapper learned of the girl's wish after her family reached out to him and agreed to speak to her over the phone.

At the girl's request, West then performed her favourite song of his 'I love Kanye' and shortly after the performance she passed away.

The story came into limelight after a member of the girl's community took to her social media platform and shared the story. She wrote;

"This girl in my town had cancer and Kanye called  her a couple of days ago to rap for her."
@stalkdebbie wrote. "I think Kim was there too. Wasn't even blasted on social media or  anything. She passed yesterday.
I have so much respect for him tho, making her happy in her last moments {sic}"
She added..

Kanye West's wife, Kim Kardashian West was later replied to the message  writing: "we are praying for her family."