NEWS: TWO SIBLINGS HAVE BEEN ARRESTED FOR THE KILLING OF THEIR GRANDMOTHER FOR MONEY RITUAL IN EDO STATE 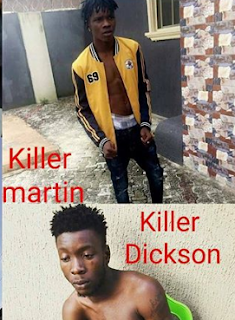 Four men have been accused of killing their grandmother, Grace Ovbiedo for money rituals in Edo state.
The suspects are Martin Oluka, Austin Enayi, Dickson Oluka and Salaya Oluka. They reportedly tied the tortoise to their back as instructed by the native doctor.

According to report, the suspects who are internet fraudsters (yahoo boys) had consulted a native doctor on what to do to become rich. A source close to the family said that the native doctor had instructed them to tie a tortoise to their back and kill someone very close to them before they will become rich. On getting home with the tortoise tied to their back, saw the grandmother and smashed her head against the wall.

Unfortunately their luck ran out a they were caught when they were trying to dispose the body.

Edo police spokesperson, DSP Chidi Nwanbuzor who confirmed the incident said manhunt has been launched to arrest the other two suspects. See photo of the deceased below and other suspect. 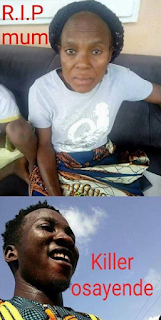