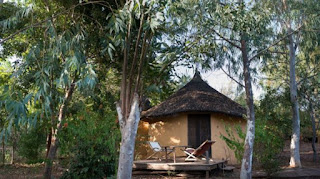 Malian special forces intervened and hostages have been released, "It is a jihadist attack"  Salif Traore told AFP. "Unfortunately for the moment there are two dead, including a Franco-Gabonese,"
Government troops were fire exchange wth the gunmen at the luxury resort Le Campement Kangaba, east of the capital Bamako and one of the terrorists managed to escaped with injuries.

The office of the security minister confirmed that 32guests has been rescued from the resort Le Campement Kangaba.
Malian special forces intervened, aided by UN soldiers and troops from a French counter-terrorism force.

A witness,  Boubacar Sangare said he was just outside the compound when the attacked started, westerner were seen fleeing the resort in troops while two  policemen exchanged fire with  the terrorists. More photo after the cut. 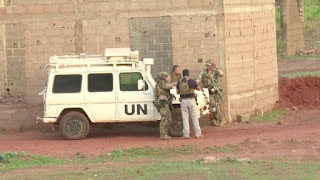