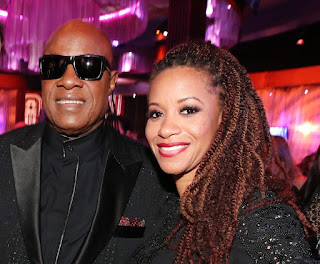 It was a weekend of elaborate wedding bells for Steve Wonder and his beautiful girlfriend, Tomeeka Robyn Bracy as they tie the knot.

The 67 years old musician and Tomeeka Roby, 42, started dating in 2012 and they  have two children together, family is very important to Steve and all his children were there. It was a beautiful and romantic ceremony.

Steve Wonder, who has won 25 Grammy awards over the span of career was married twice previously, Syreeta Write from 1971 to 1972 and Kai Millard from 2001 to 2012. He also has 7 children from those relationships.