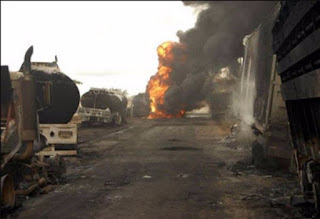 At the early hour of this morning, a fire incident resulting from activities at a tank farm claimed the lives of 14 people and many injured victims at the Calabar Free Trade Zone, Cross River state.

It is also feared that more people might have died as many are still reported missing, while those that sustained severe are rushed to the University Of Calabar Teaching Hospital for treatment.