NEWS: THE FATHER OF 3, DEJUAN GUILLORY, 27, WAS SHOT BY A SHERIFF'S DEPUTY 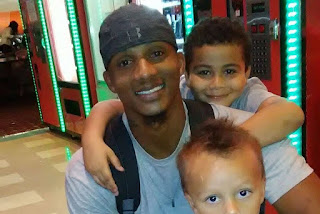 Contradictory reports have emerged regarding a police shooting that occurred in the early morning on July 6 in the small town of Mamou, Louisiana, an accidnt that left father-of-three Dejuan Guillory, 27, dead and his girlfriend behind bars for attempted murder.Sheriff's deputy Paul Lafleur was responding to a report of an attempted burglary sometime after 4 a.m. when he encountered Guillory and his girlfriend, 21 year old Deguince Brown. The Root reported that the couple were on a date and riding an all-terrain vehicle when they approached a car that was out "in the middle of nowhere" and realized that the person inside was a police officer. It is unclear whether Lafleur was in a marked police car, and whether the couple approached the car first, or if Lafleur was there waiting for the alleged burglar.