ENTERTAINMENT: KANYE WEST AND OLD TIME FRIEND, JAY Z ARE READY TO KISS AND MAKE UP 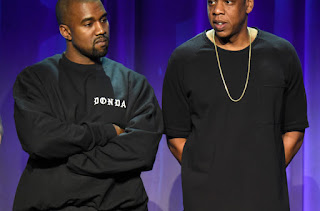 Life is full of many hassles and short to be keeping some petty malice, i guess this what was on kanye West's mind when he reached out to Jay Z to meet face to face.

The two music moguls are ready to put the feud behind them and move on with their lives, according to TMZ, Kanye reached to out to Jay, since he is the one who started the whole drama in the first place and asked to meet face to face.

Jay said Kanye f**kin crossed the line when he brought his most prized possesion, his family, into it and specifically addressed Kanye in his "kill Jay Z" track.

Fans of the two are hoping everything works out fine for these two talented men.....I hope so too.