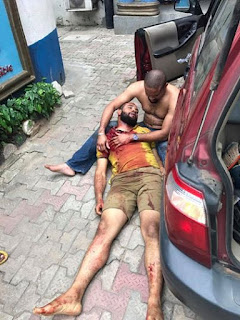 The brevity of life is a mystery humans will ponder for a long time. The dead of Hector Oluwaseun Joberteh come as a surprise and suddenly.

The winner of Gulder Ultimate Search 2006, Hector Oluwaseun Joberteh, was shoot dead in his home by unknown gunmen earlier today.

According to reports and photo posted by a Facebook user, Baskelly Legendhustler, the GUS 3 winner, Hector Joberteh who married his sweetheart, Oseyi, a former fellow contender, who he got married to in April of 2013, was shoot dead today by unknown gunmen.

Here is the picture posted by Baskelly Legendhustler on his Facebook wall with caption :- 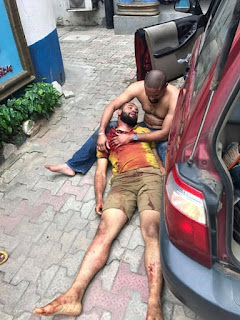 Caption:- Goodbye Hector-joberteh the winner of gulder ultimate search season 3 winner....May your soul rest in peace and may the good God give ur fam fortitude to bear the lost ....He was shot to death by 2 unknown men in my street this morning.