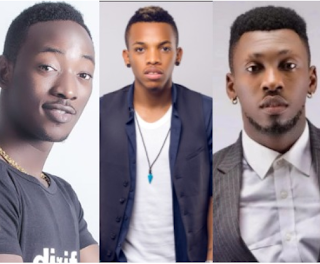 Action film is about to happen as Dammy Krane has dragged innocent Tekno into his beef with Orezi. Yesterday was hilarious in the new beef that Dammy Krane started with Orezi.

But today, Dammy has made a another U-turn saying he was referring to Tekno aka Duckhead (a nickname he inherited from a past beef) after Orezi's epic clap back.

Tekno in his own finger moves has replied Krane and it was not a bad clap back too, check both tweet below;