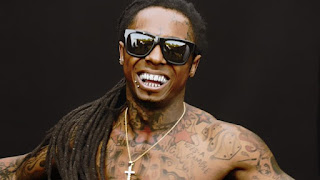 Music lovers and Lil Wayne's  fans all over the world have had their ears to the groud waiting for the much anticipated release of Wayne's album Dedication 6 scheduled to be released on the 25 December 2017.
But Lil Wayne took to his twitter handle on Thursday to share with his fans he may be dropping some early joints.

"Just may drop y'all some joints early" 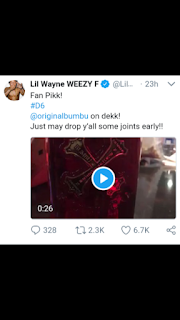 And ever since fans has been curious and waiting for what he was up to and which joints he was going to drop. Now the waiting will be coming to a halt later today as Mr Carter has reviewed the tracks he will be releasing off his forthcoming Dedication 6's album. The tracks are 'BLACKIN OUT' and 'BANK ACCOUNT.' 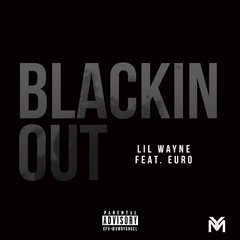 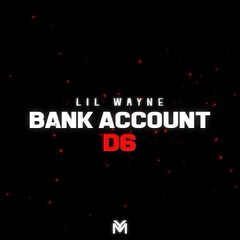