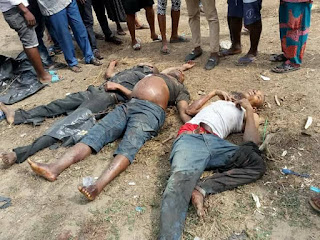 This is another classical example of an African proverb 'One Day Monkey Go Market No Go Come Back' that befell this suspected kidnappers killed this morning in Rivers State when a gun battle ensued between the security operatives and the kidnappers when they attempted to kidnap a pastor in Isiokpo community.

According to a facebook user, Vicky Thompson who shared the news on his timeline gave a short narrative at how the failed attempt to kidnap a pastor at Isiokpko community led to the kidnappers' death. Read what he wrote below and see more photos too: 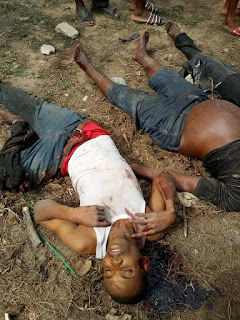 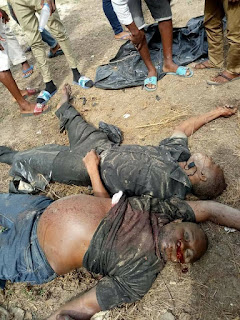 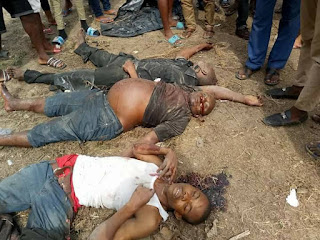