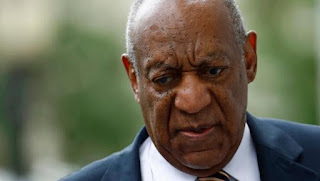 After years of court trials and all, Bill Cosby was finally released less than a week ago, his team has publicly announced that Cosby is planning a tour to warn young people of what he views as the danger of the judicial system.
The tv star was charged with three counts of felony aggravated assault for allegedly drugging and sexually abusing Andrea Constand at his Pennsylvania home back in 2004 and his troubles are far from over as prosecute has promised a retrial.

Cosby's rep Andrew Wyatt told Fox News he's received "hundreds of calls from civic organizations and churches requesting for Mr. Cosby to speak to young men and women about the judicial system... These groups would like for Mr. Cosby to share that people in the judicial system can use their powers to annul deals for personal agenda and political ambitions.” More after the cut.