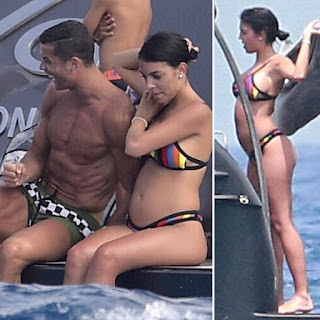 Cristiana Ronaldo's girlfriend Georgina Rodrigeuz was on holiday with the football star in Ibiza and showing off her baby bump to confirm recent rumor about her pregnancy with Real Madrid star.

The romantic holiday pictures of the couple on a yacht over the weekend has hit the internet further fueling what the girlfriend has be trying to conceal for while now.

Georgina reportedly visited a clinic for DNA test to check the make up of a possible child. Ronaldo, 32, was seen at the same clinic in the Spanish capital just days earlier.More photos after the cut. 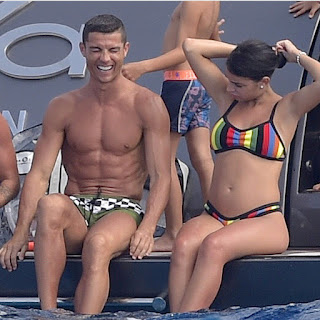 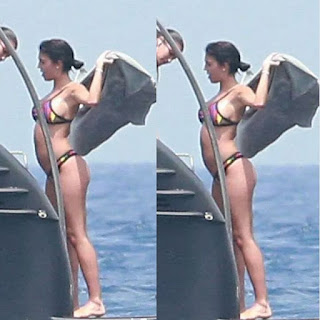 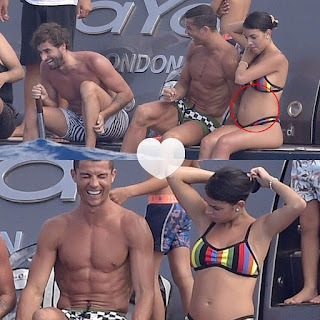 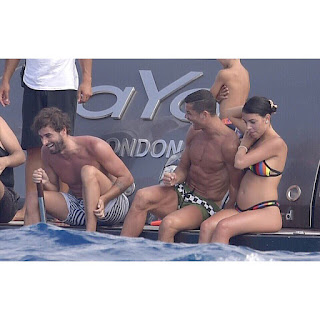 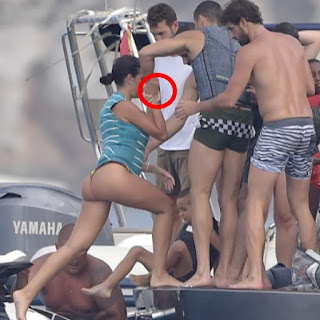