ENTERTAINMENT: WHO DO YOU THINK IS THE REAL FATHER OF THE MIRACLE CHILD - N6 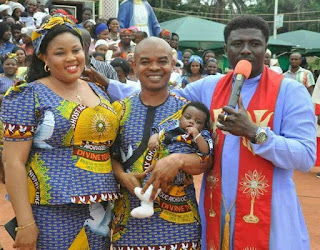 Here we go again, another controversy is on the rise as cool FM 96.9 Lagos's OAP N6, shared this photo of a man and his  wife with their miracle child and their pastor, OAP N6 was suspicious and ask a very vital question, "WHO DO YOU HONESTLY THINK IS THE REAL FATHER OF THIS MIRACLE CHILD? This very question piqued the curiosity of another cool FM OAP, Daddyfreeze, who left a short historical caption.

Here is what Daddyfreeze wrote below: -

@n6oflife "asks very vital question that only DNA can answer!
-
Miracles do happen, but sometimes getting you to believe the most ridiculous shit, while you stand by it with a smile, can in its own right be described as a 'miracle'!
-
During the bubonic plague in Europe, which peaked between 1346-1353, the fleas spreading the plague were moved from house to house by rats.
-
However, the 'wise' people of that era attributed the plague to witchcraft and blamed cats for being bewitched and spreading the disease. These same 'wise' people gave out contracts to cat killers, who were hired to exterminate all the cats in Europe, much to the delight of the real perpetrators of the crime who grew in numbers, flourished and were in good health, while the victims died en masse; some reports have it that as much as 200million people were killed by the plague, though in my opinion, it's also safe to say that it was due to their ignorance.
-
Who's the rat and who's the cat? ~FRZ #FreeTheSheeple" 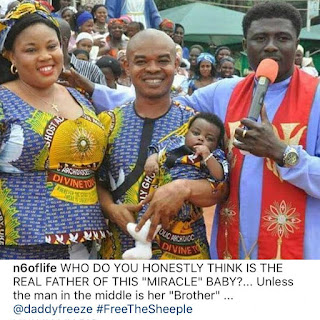