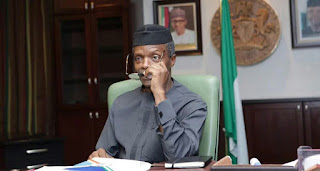 The appointment of 21 new permanent secretaries into the federal civil service has been approved by the acting President, Professor Yemi Osibanjo.

The head of the Civil Service of the Federation, Mrs Winifred Oyo-Ita, announced this in a statement by Mr Haruna Imrana Director, Communications in the office on Thursday in Abuja.


The rest are Adekunle Adeyemi,( Oyo state); Nabasu Bako, (Plateau); Ekaro Chukwumuebobo,( Rivers); Umar Bello, (Sokoto State) and Aduda Tanimu from the Federal Capital Territory (FCT).
The statement added that their portfolios would be announced in due course.