RELATIONSHIP: SEX IS A RESPONSIBILITY 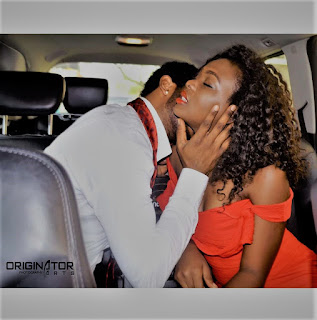 SEX IS A RESPONSIBILITY

Our world is changing and we are not in control of the dynamics, nobody is, not even the world leaders, with all their politics and bucket of ideas. Some people have invented the concept of THE NEW WORLD ORDER while some have are sticking to the secret society saga but what is your opinion? Do you conform or stand separately? Maybe our world is not coming to end soon, maybe our prophets are not coming to save us yet and this shenanigan is going to go on longer, our civilization is going to over peak and sap. Our questions are being simplified every day either by technology or philosophy and the simpler it gets, the difficult it becomes. The human evolution have come a long way and the road is still plenty to go but the fact remains that, in our adventures and history the human race never stops learning, never relents. This ability to bend and pick knowledge on the way, to turn that knowledge into sophisticated civilization is the standard that has set us higher in the animal kingdom. No doubt.

What are the greatest mischief of this generation? Is it alcohol? Is it politic? Is it science? Is it terrorism? Is it racism? Is it the social media? Is it fame? Is it sex? We live in a world that is drastically changing metaphorically and figuratively, even with all the information it has gathered over the century, the civilization realized, some enlightened minds still believe we (humans) are still in the dark, that the true potentials are yet to be tapped, that the age of enlightenment is approaching. The human evolution has passed through many phases, from the primitive to the early age to the ancient and finally here, the 21st century. In all these dynamic changes, one thing that has remain ever unchanged is the human canal desire. The act has always been the same and also the moral justification of the society.

Is sex the greatest mischief of this generation? Yes it is, it has always be, right from the beginning of our evolution till the present day but the experiences and methods have been experimented and improved over the course of the passed centuries. However, the responsibilities attached to sex has always been reckless, even as the recklessness of the act matters, another, is the conflict that lies between the morality of the act often judged by the society and the natural obligation of the desire.
In every romantic relationship, sex is seen as the path that must be taken to seal or cultivate intimacy, while sex is a natural endeavor between two opposite sex but the responsibility attach to the act is never totally considered before the act itself, that’s why when this path brings a natural outcome, the relationship develops crack and confusion.

The world we live in now is pretty glaring and our conventional tradition of NO SEX BEFORE MARRIAGE has been long thrown out the window and the modern concept of TASTING BEFORE BUYING is now in vogue. But whatever your preference, make sure you engage yourself ideally.